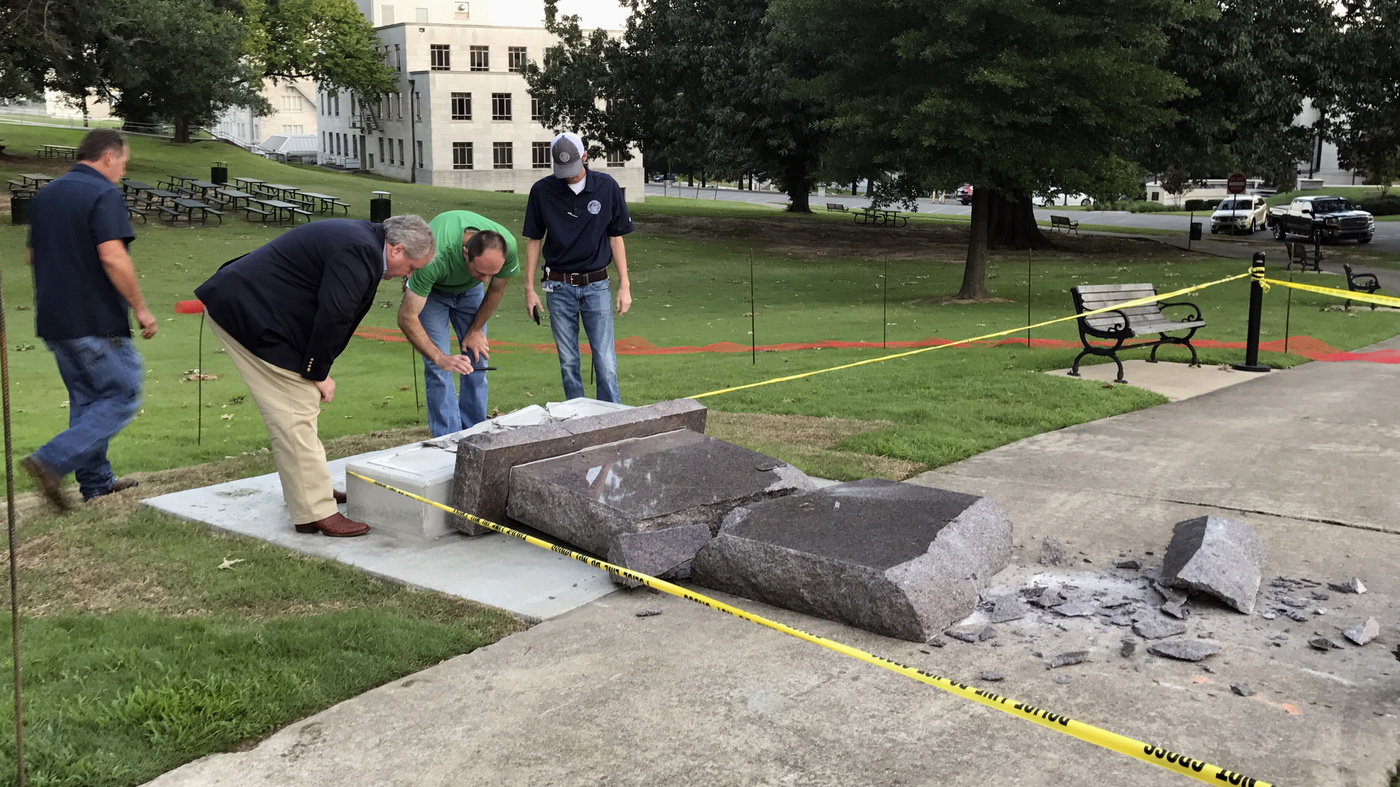 Less than a day after a monument of the Ten Commandments was installed outside the Arkansas State Capitol in Little Rock, it was destroyed when a man smashed a car into the stone.

“My boss called me and told me the Ten Commandments monument had been destroyed,” Secretary of State and Capitol Police spokesman Chris Powell told NPR. “When I got here, it was rolled over on the sidewalk and broken into multiple pieces.”

A video that appears to have been taken from inside the car was posted on the Facebook account of a Michael Reed early Wednesday; Powell told the AP that officials believe the video is authentic. It shows what looks like the Arkansas State Capitol building. A man’s voice says: “Oh my goodness. Freedom!” as the car careens into the monument.

Powell said the crash into the 6-foot-tall slab was no accident.