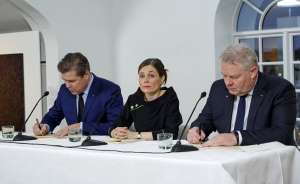 Employers in the Nordic country now have to prove that they pay men and women in the same jobs equally. If they fail to do so, they risk being fined.

Discrimination based on gender is already illegal in many countries — but research shows the legislation is far from effective. Women are paid less than men in every country in the world, according to research by the World Economic Forum.

Iceland is the first country to take the fight against the gender pay gap a step further, requiring companies to proactively get equal pay certification from the government. The law came into effect on Monday and applies to all companies and organizations with at least 25 full-time employees. Firms with more than 250 employees will have to get the certification by the end of this year, while smaller companies will follow in the next few years, according to their size.

The possible fines are set at around $500 per day in the current legislation.