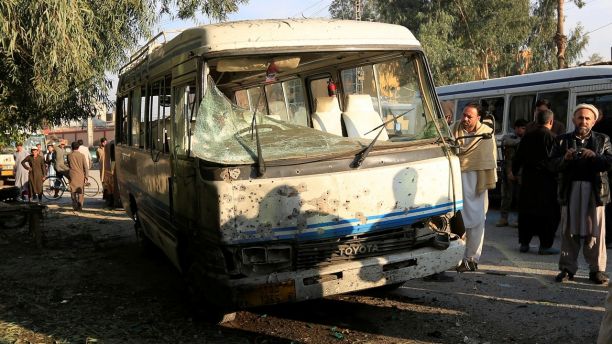 The Islamic State terror group beheaded 15 of its own fighters Thursday due to infighting in Afghanistan’s eastern province of Nangarhar, while a suicide attack in another part of the country left at least eight people dead.

The fighters were executed in the Surkh Ab bazaar of Achin district along the country’s border with Pakistan after infighting in the group, a spokesman for the provincial governor, Attaullah Khogyani, told Reuters.

There were no further details and the local branch of the terror group did not publicly announce the killings.

The group and the Taliban have frequently fought each other in the area, and both have been targeted by sustained U.S. air strikes, according to Reuters.