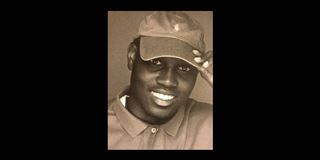 The Georgia man who recorded the fatal shooting of Ahmaud Arbery used his vehicle in an attempt to detain the 25-year-old during the incident, a state criminal warrant alleges.

The man, William “Roddie” Bryan, 50, was arrested Thursday on charges of murder and attempted false imprisonment, authorities said. He is the third person to be arrested in the death of Arbery on Feb. 23 in Brunswick, Georgia.

Bryan is accused of using his vehicle on multiple occasions between about 1 p.m. and 1:20 p.m. that day to “attempt to confine and detain Ahmaud Arbery without legal authority,” the warrant states.