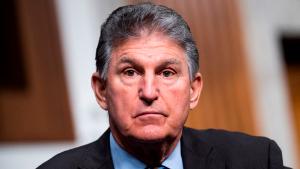 Sen. Joe Manchin on Thursday dealt a devastating blow to Democrats’ hopes for sweeping legislative action this year, telling Senate Majority Leader Chuck Schumer and his staff “unequivocally” that he won’t support the climate or tax provisions of a Democratic economic package, two sources familiar with the talks tell CNN.

The two had been negotiating for months, and Schumer, a New York Democrat, had made a number of concessions to pare back the climate provisions to appease Manchin, whose support is critical in an evenly decided Senate.
Manchin is open to letting Medicare negotiate prescription drugs prices and to extending enhanced Affordable Care Act subsidies for two years, one of the sources said, which suggests that’s all Democrats are likely to get in the package.
But the moderate West Virginia Democrat, who has cited increased federal spending as a main driver of inflation, would not budge on other Democratic priorities, and he told Schumer that he will not consider raising taxes on the wealthy or corporations.