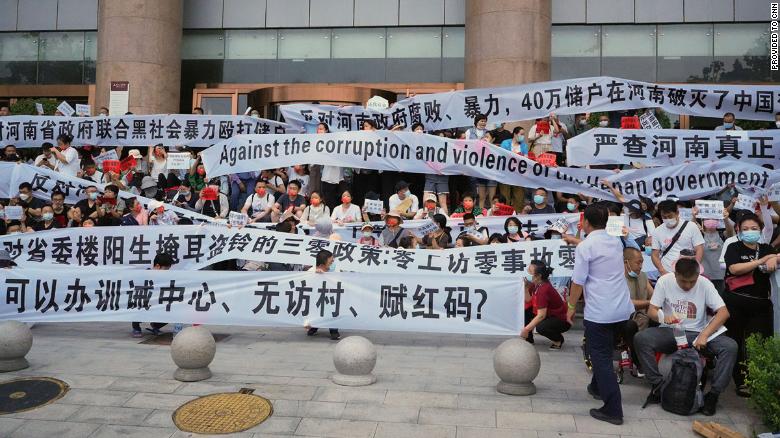 Chinese authorities on Sunday violently dispersed a peaceful protest by hundreds of depositors, who sought in vain to demand their life savings back from banks that have run into a deepening cash crisis.

Since April, four rural banks in China’s central Henan province have frozen millions of dollars worth of deposits, threatening the livelihoods of hundreds of thousands of customers in an economy already battered by draconian Covid lockdowns.
Anguished depositors have staged several demonstrations in the city of Zhengzhou, the provincial capital of Henan, over the past two months, but their demands have invariably fallen on deaf ears.