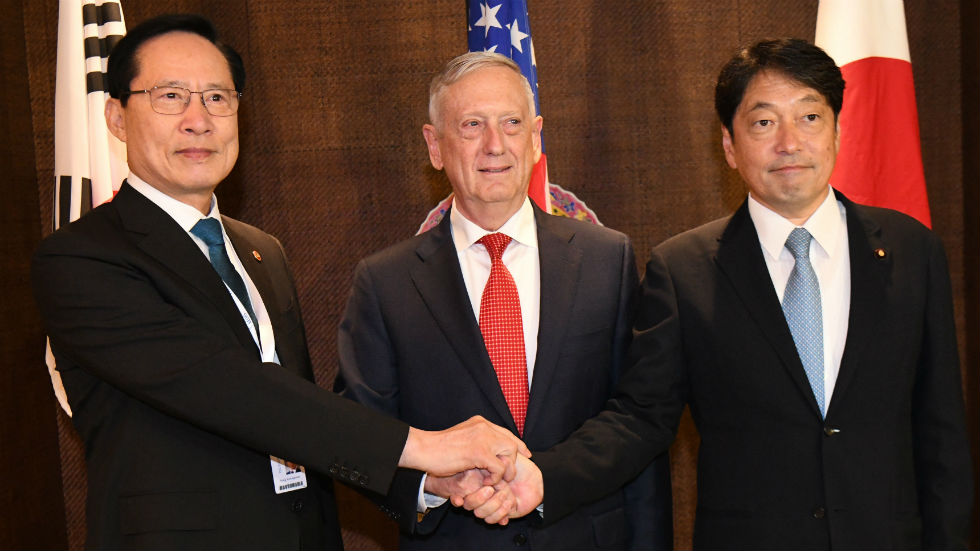 Defense Secretary James Mattis on Sunday said the roughly 28,000 U.S. troops based in South Korea are “not going anywhere.”

“It’s not even a subject of the discussions,” Mattis told reporters aboard his plane while returning to Washington from the Shangri-la Dialogue in Singapore.

Mattis added that other countries, including Canada, “are even putting people in. They’re talking about bringing in light infantry, other troops of their own to show … that we’re all standing together.”