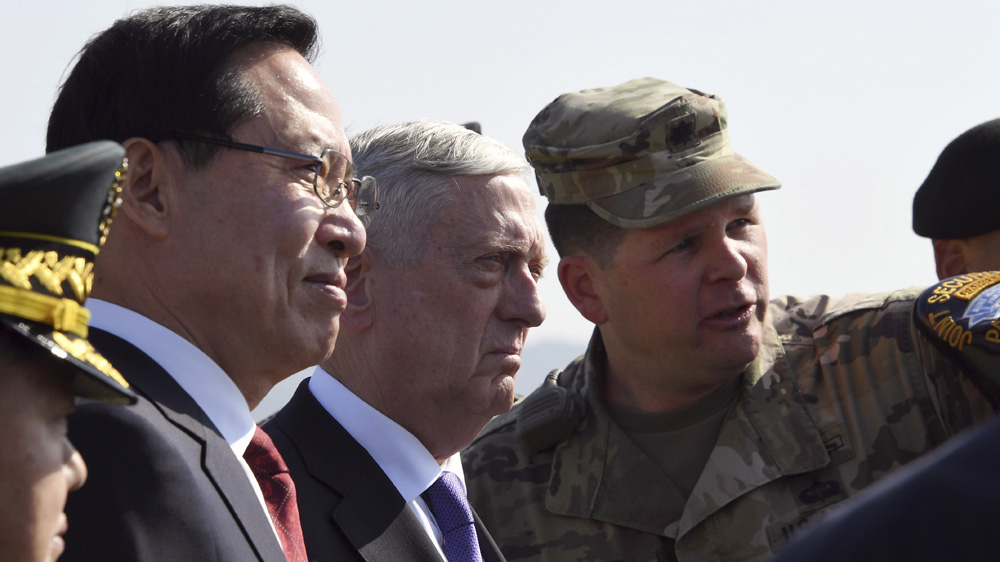 Visiting the demilitarised zone in South Korea, Pentagon chief Mattis says the US does not want war with North Korea.

The United States does not want war with North Korea, the US military chief said on the demilitarised zone metres away from the communist state, as he warned Pyongyang to stop threatening “catastrophe” with its nuclear weapons.

James Mattis made the brief comments standing next to South Korean Defence Minister Song Young-moo on Friday, describing Kim Jong-un’s leadership as an “oppressive regime” that mistreats its people while its neighbour to the south offers a vibrant democracy.

“Our goal is not war but rather the complete, verifiable, and irreversible denuclearisation of the Korean Peninsula,” Mattis was quoted as saying by South Korea’s Yonhap news agency at Panmunjom village.

The United States has about 30,000 American troops stationed in South Korea, a remnant of the 1950-1953 war on the peninsula that has never officially ended, with only an armistice agreement signed.