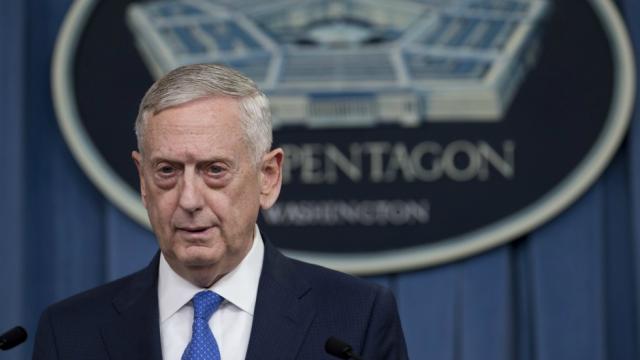 “I have watched this week’s unfolding events, angry and appalled,” Mattis wrote in a statement to The Atlantic.

“The words ‘Equal Justice Under Law’ are carved in the pediment of the United States Supreme Court. This is precisely what protesters are rightly demanding. It is a wholesome and unifying demand—one that all of us should be able to get behind. We must not be distracted by a small number of lawbreakers,” he added.

Mattis said Trump is the first president in his lifetime “who does not try to unite the American people—does not even pretend to try.”

Mattis urged Americans to “unite without him.”

“This will not be easy, as the past few days have shown, but we owe it to our fellow citizens; to past generations that bled to defend our promise; and to our children,” Mattis wrote.

Mattis’s decision to speak out seems to have been sparked by Trump’s threat on Monday to deploy U.S. troops to states to quell protests as well as by law enforcement firing tear gas and rubber bullets at protesters outside the White House before Trump walked to the nearby St. John’s Episcopal Church to take a photo.