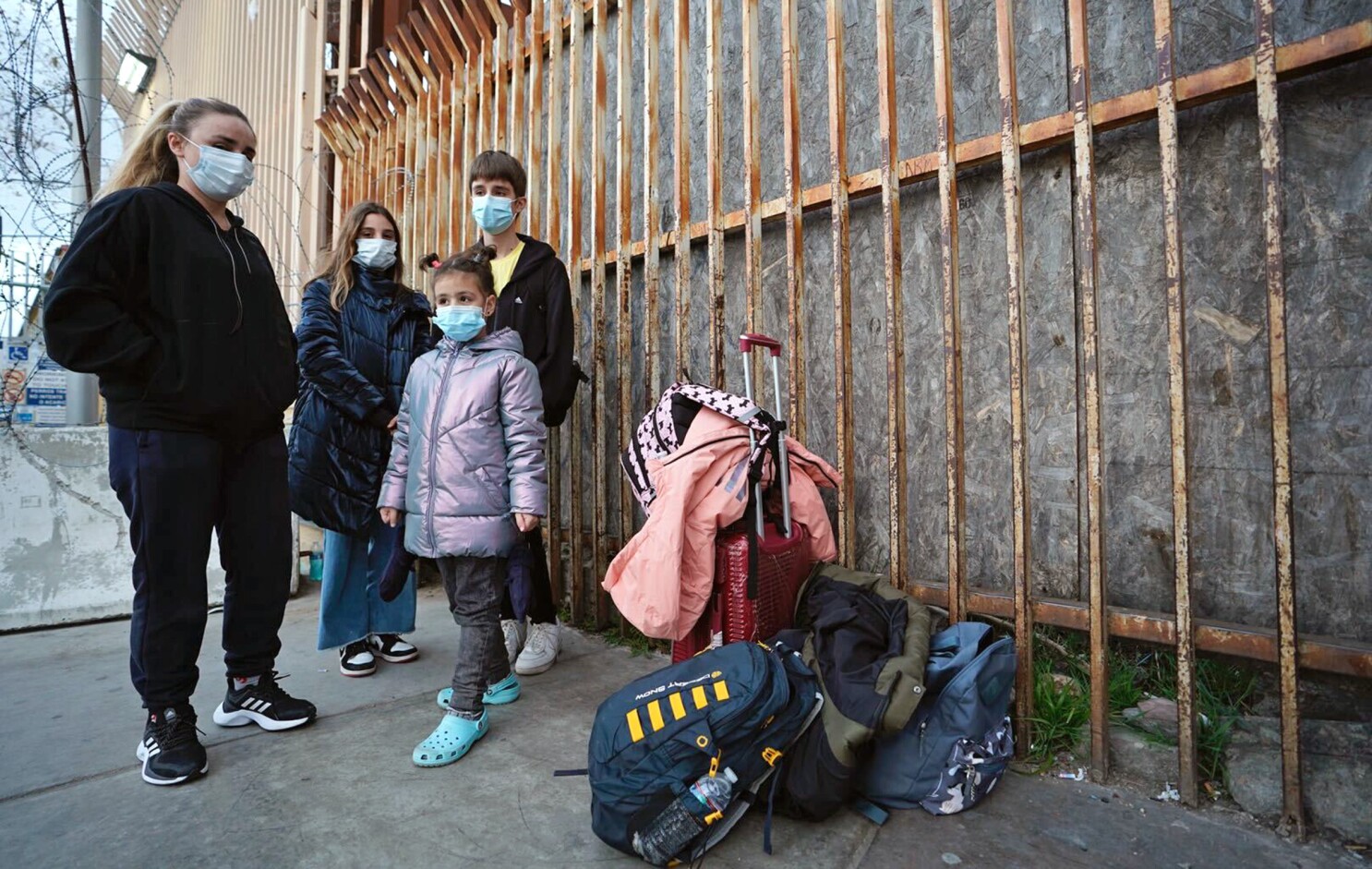 Vladymyr Ostapchuk and his family walked up to the U.S. border with Mexico on Sunday afternoon to ask for asylum, the final border they would cross after a multicountry trip over 20 days that started as Russian military forces invaded their native Ukraine last month.

Mr. Ostapchuk, a 33-year-old construction worker from Vinnytsia, fled Ukraine by land through Moldova with his two children, his wife, and her brother’s family of four. They traveled through several countries before making their way to Germany, then on to Cancún, Mexico, and later Tijuana, just over the border from San Diego. Once in the U.S., they planned on heading to Vancouver, Wash., to reunite with relatives living there.