The Finnish President told Vladimir Putin his country will join NATO in a ‘direct and straightforward’ phone call. Sauli Niinistö said the conversation was ‘conducted without aggravations’ as both parties worked to ‘avoid tensions’. The discussion came as Russia cut off electricity supplies to the country and a Putin lackey boasted that the Kremlin could […] The world faces a growing threat of Russia using nuclear weapons as the nation continues to face losses in Ukraine, according to one U.S. senator. Bob Menendez, chairman of the Senate Foreign Relations Committee, spoke about the prospect during an appearance on Fox News Sunday. The New Jersey democrat said he fears Russian President Vladimir […] 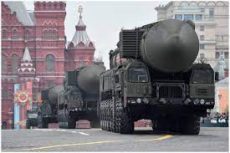 he invasion of Ukraine has driven a new ideological wedge between Moscow and Washington, leaving a majority of Russians and Americans fearing a nuclear exchange, new polling shows. A survey published on Wednesday by the Chicago Council on Global Affairs and the Levada Center, Russia’s last independent pollster, found clear Cold War-like divisions among the […]

Vladimir Putin’s nuclear bombers have been spotted in the skies over western Russia following the sinking of his warship in the Black Sea. Footage shows four Russian Tu-95s, known as Bears, flying in the Kaluga region, within striking distance of Ukraine. Moscow has previously used long-range bombers to strike Kyiv with non-nuclear cruise missiles. But […]

President Biden warned Thursday that there could be global food shortages resulting from the Russian invasion of Ukraine and announced steps to prevent a potential crisis. “We did talk about food shortages. And it’s going to be real. The price of these sanctions is not just imposed upon Russia, it’s imposed upon an awful lot […]

Vladymyr Ostapchuk and his family walked up to the U.S. border with Mexico on Sunday afternoon to ask for asylum, the final border they would cross after a multicountry trip over 20 days that started as Russian military forces invaded their native Ukraine last month. Mr. Ostapchuk, a 33-year-old construction worker from Vinnytsia, fled Ukraine […]

Leaders of the Nato military alliance are meeting in Brussels to discuss Russia’s invasion of Ukraine. They are expected to approve major increases to their forces in eastern Europe. Nato – the North Atlantic Treaty Organization – is a military alliance formed in 1949 by 12 countries, including the US, Canada, the UK and France. […] 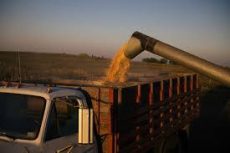 Higher wheat prices should make farmers like Nicole Berg, the owner of a 21,000 acre farm in Washington state, happy. But the costs of fuel and fertilizer are eating into her profits. “The issue we’re having right now is that input costs are going up even more than the price of wheat,” Berg told CNBC […] 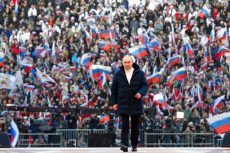 Russian Olympic athletes who participated in a rally supporting President Vladimir Putin and the invasion of Ukraine are facing a backlash, with one losing a sponsorship deal and facing a disciplinary investigation. Medalists from cross-country skiing, gymnastics, figure skating and swimming gathered on stage at the Luzhniki Stadium on Friday as part of the concert […]

The Biden administration provided few details about President Biden’s nearly two-hour video call with Chinese President Xi Jinping on Friday following the talks, leaving more questions than answers about where things stand between the two nations amid rising tensions over China’s cozy relationship with Russia. The Biden administration said publicly leading up to the call […]

U.S. President Joe Biden warned Chinese President Xi Jinping in a video conference on Friday of “implications and consequences” should China support Russia’s invasion of Ukraine, while Xi assured Biden that his country didn’t want the war. The highly anticipated call was the first conversation between the two men since Russia’s invasion last month. “President […]

A Russian lawmaker made an outlandish demand over the weekend that the United States return Alaska and a historic settlement in California, in addition to paying reparations to Russia over crippling American-led sanctions that have put Moscow’s economy in a tailspin. Oleg Matveychev, a member of the state Duma, outlined on Russian state television a […]