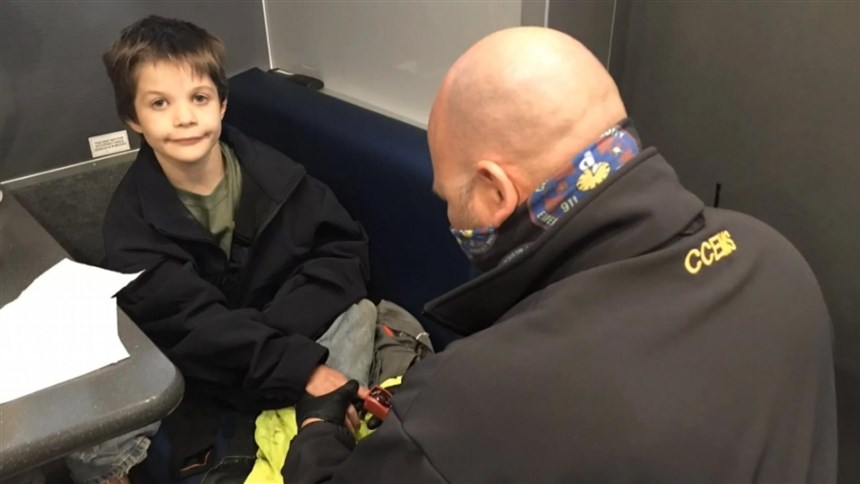 A 9-year-old boy was found safe wearing no jacket or shoes by a creek bed in Tennessee on Tuesday after a three-day search in the woods.

Jordan Gorman was discovered on Tuesday at around 3 p.m. underneath a shelter made out of tarp, three-quarters of a mile away from his home in Cheatham County, Tennessee, the Tennessee Bureau of Investigation said.

“Cold and hungry, but otherwise in pretty good spirits!” TBI said in a tweet on Tuesday. “Good to see you, Jordan!”

His family said Jordan ran away after a disagreement and was last seen on Sunday afternoon at his family’s home in Ashland City, 30 minutes northwest of Nashville, NBC affiliate WSMV News4 reported.

TBI initially sent out an Endangered Child Alert on Sunday before raising it to an Amber Alert on Monday afternoon. Jordan was recovered the following day by a rescue team from Kentucky, the Christian County Rescue Team.

A search crew member told the TV affiliate they almost missed the boy until they came upon a blue tarp in the heavily wooded area.

“As I got close to the tarp and noticed there was a mass in it, naturally the worst was going through my head initially until the tarp moved,” Mathew Reese said. “It was just the biggest holy crap, I got him.”

fbi, missing persons, save our children