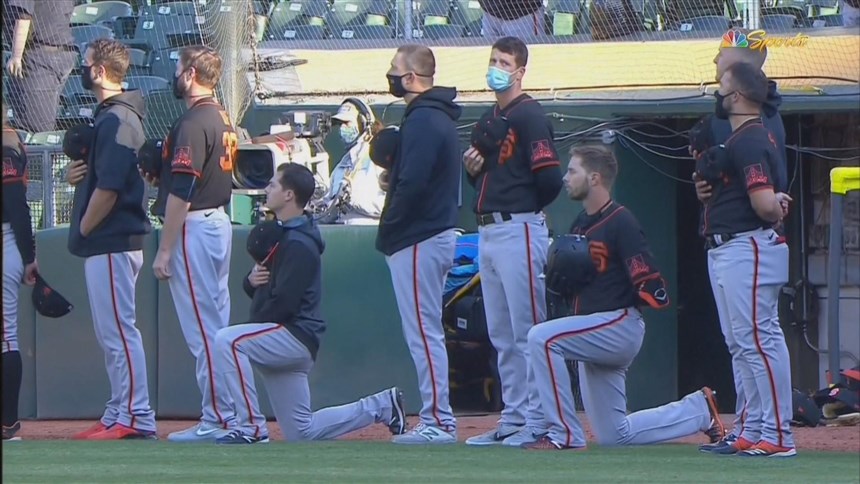 The San Francisco Giants manager and several coaches and team members took a knee during the national anthem before their first exhibition game in the Bay Area on Monday night.

Manager Gabe Kapler and members of the coaching staff joined players Mike Yastrzemski, Austin Slater, and Jaylin Davis and coaches Antoan Richardson and Justin Viele in taking a knee, according to NBC Bay Area. Shortstop Brandon Crawford stood between Richardson and Davis, who are both Black, and placed his hands on their shoulders in an apparent sign of support.