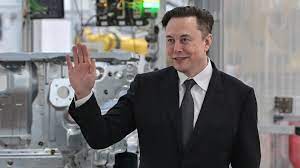 Elon Musk said he is putting his bid to acquire Twitter (TWTR) on hold, weeks after agreeing to take the company private in a $44 billion deal.

“Twitter deal temporarily on hold pending details supporting calculation that spam/fake accounts do indeed represent less than 5% of users,” Musk tweeted on Friday.
The news initially sent Twitter shares down more than 20% in premarket trading before the stock rebounded somewhat. Two hours after his first tweet, Musk posted that he is “still committed to acquisition.”