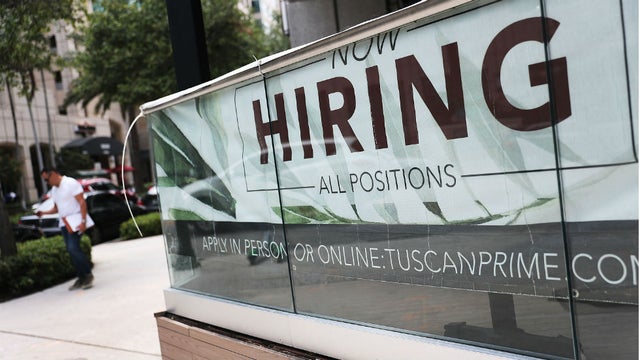 Economists had expected roughly 671,000 new jobs, a significant step up from April’s disappointing 266,000.

The unemployment rate fell to 5.8 percent, from 6.1 percent the previous month.

The latest figures point to a steadily improving labor market, though one that’s not recovering as quickly as the administration would like.

There were 9.3 million unemployed Americans in May, a 60 percent increase from pre-pandemic levels.

“The May jobs report was a major improvement over April’s, but we’re still not in full-speed-ahead mode,” said Robert Frick, corporate economist at Navy Federal Credit Union.