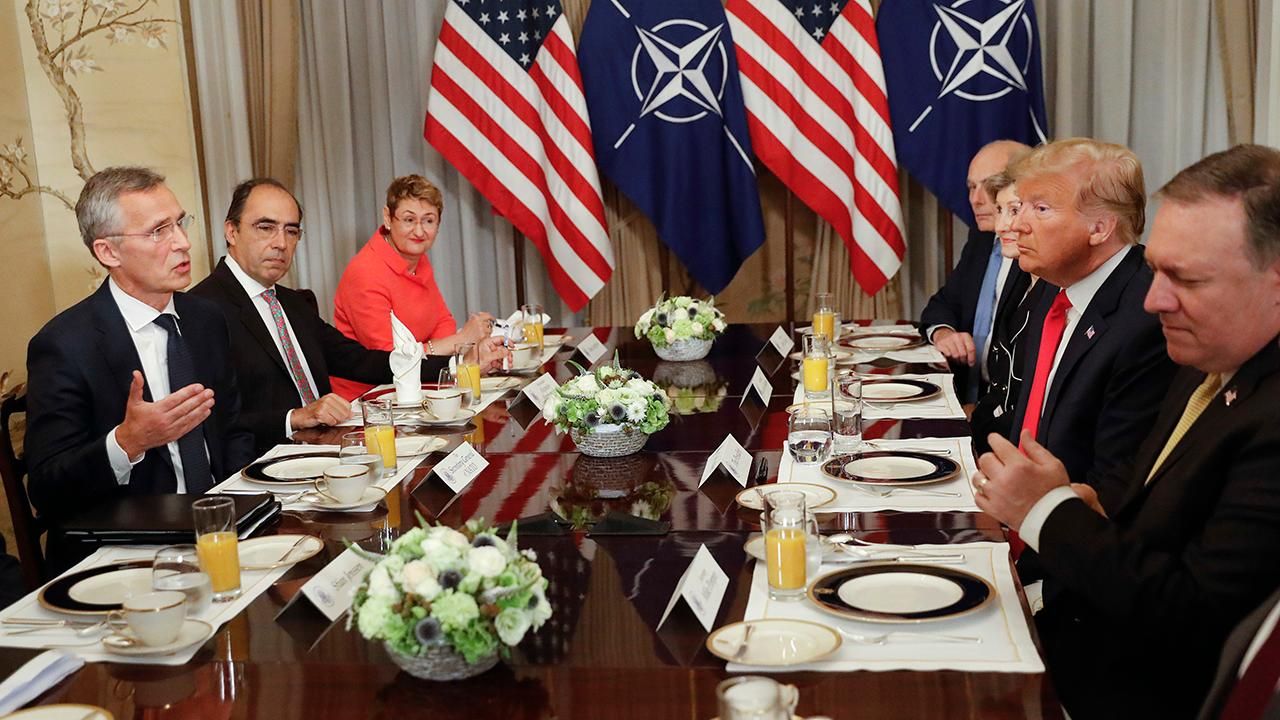 President calls out energy agreements between Russia and European countries during a meeting with NATO Secretary General Jens Stoltenberg.

President Trump kicked off the highly anticipated NATO summit Wednesday with sharp words for the head of the alliance and Germany, using the meeting to challenge European countries over their defense spending and even agreements with Russia.

Before sitting down for the first official meeting of the day, the president engaged in a testy exchange with NATO Secretary General Jens Stoltenberg. He pressed why the U.S. should continue to pay money to the military alliance while the countries purchase energy from Moscow.

“We are stronger together,” Stoltenberg said, while acknowledging there can be differences among allies.