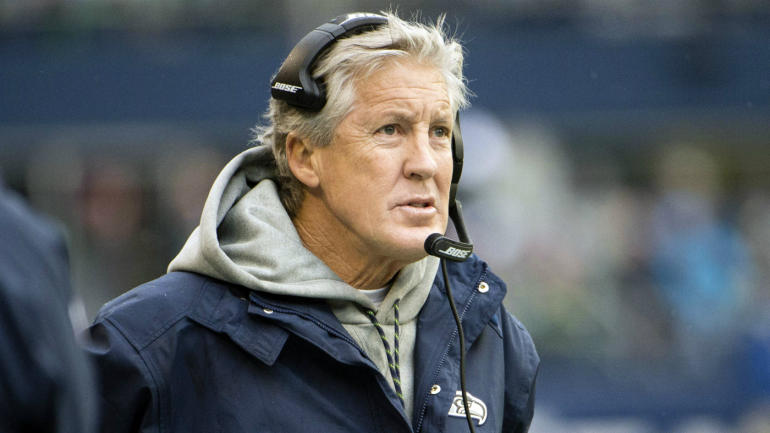 The Seahawks become the second NFL team on Sunday to remain in the locker room during the national anthem to protest social injustice. The team issued this statement ahead of their game against the Titans in Nashville:

The Titans stayed in in the locker room too:

No players on either team’s sideline for the national anthem ahead of the… https://t.co/shqNmiaSLH pic.twitter.com/rkGVTr2m9U

Sunday morning’s game in London between the Jaguars and Ravens was an early indication that the rest of this week’s action will include more player protests than we’ve previously seen — all because President Trump said this at a rally on Friday night: “Wouldn’t you love to see one of these NFL owners, when somebody disrespects our flag, to say, ‘Get that son of a bitch off the field right now,” the president said to a cheering crowd. “Out. He’s fired. He’s fired!”

In the hours since Trump’s words, players, teams, team owners, the NFLPA, the league and former coaches and players-turned TV analysts have all criticized the president for his divisive remarks.