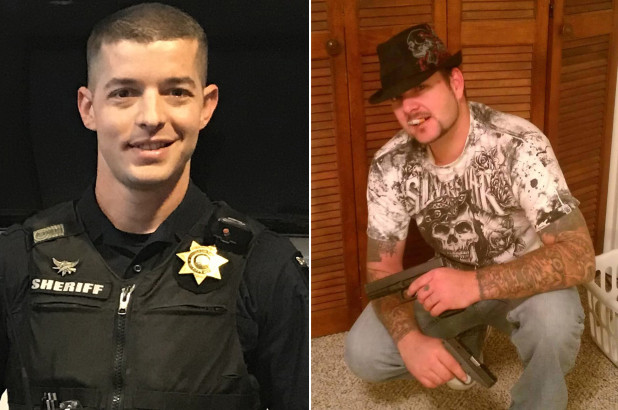 A North Carolina sheriff’s deputy was declared “medically deceased” after being shot in the face by a career criminal Thursday, according to reports.

Ryan Hendrix, 35, an eight-year veteran of the Henderson County Sheriff’s Office, was dispatched to a Hendersonville home shortly before 3 a.m. on reports of a man breaking into a vehicle when he was shot, WYFF-TV reported.

Police said Hendrix approached Robert Ray Doss, a wanted parole violator, who was sitting in a pickup truck across the street from the home.

“The suspect initially appeared to comply with lawful orders to show the deputies his hands, to show his hands,” Henderson County Sheriff Lowell Griffin said during an emotional news briefing.

“But in one rapid movement, he retrieved a gun, firing one round, striking a Henderson County Sheriff’s Office deputy in the face and critically wounding him.”