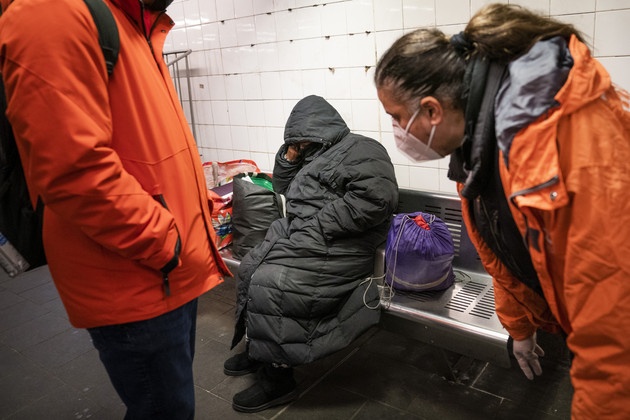 More seriously mentally ill New Yorkers will be transported to area hospitals for psychiatric evaluations without their consent under a directive Mayor Eric Adams issued Tuesday.

Emergency workers are already empowered to hold dangerously violent individuals. But the directive expands the interpretation of that policy to include more people whose inability to care for themselves places them in more subtle forms of danger.

The mayor and his aides did not precisely define those “basic needs” or say how city workers would determine whether they were being met. Deputy Mayor Anne Williams-Isom said the determinations would be made “case by case.”

Police officers, firefighters and Department of Health workers will be able to hold such individuals after the city workers undergo imminent training sessions — a plan that civil rights activists immediately took issue with.