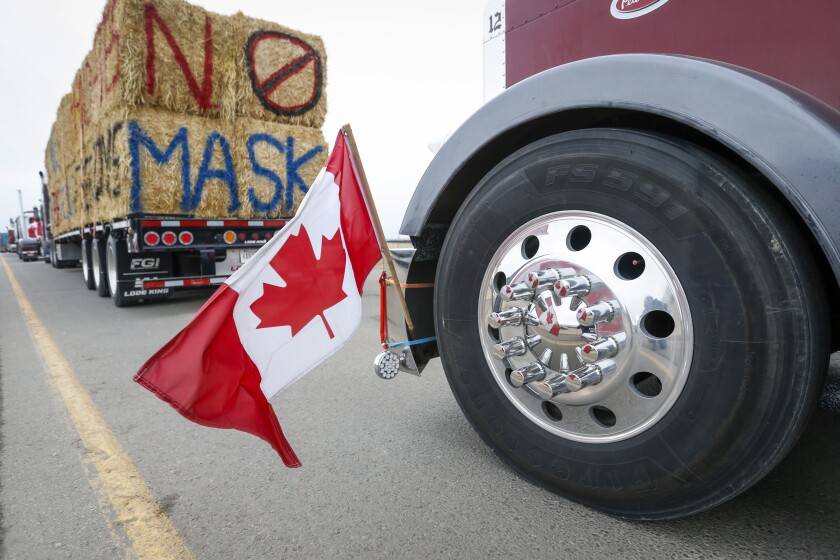 Ottawa’s police chief was ousted Tuesday amid criticism of his inaction against the trucker protests that have paralyzed Canada’s capital for over two weeks, while the number of blockades maintained by demonstrators at the U.S. border dropped to just one.

The twin developments came a day after Prime Minister Justin Trudeau invoked Canada’s Emergencies Act and threatened to take tough legal and financial measures to end the unrest in Ottawa and beyond by protesters decrying the country’s COVID-19 restrictions and Trudeau’s government.

Ottawa Police Chief Peter Sloly lost his job after failing to move decisively against the bumper-to-bumper demonstration by hundreds of truck drivers. The protests by the so-called Freedom Convoy have infuriated many residents, who have complained of being harassed and intimidated on the streets.