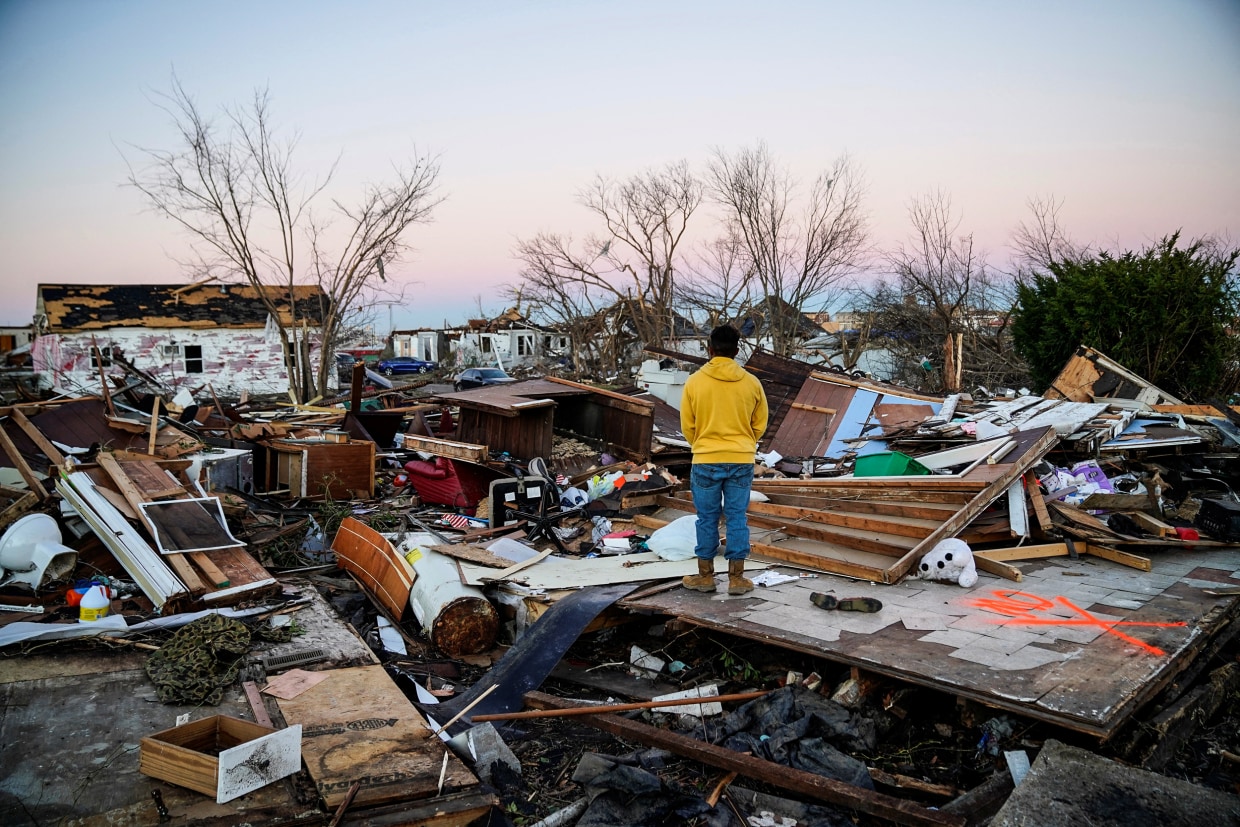 Flags in Kentucky were lowered to half-staff at sunrise Tuesday to honor the dozens of people who were killed when tornadoes ripped through several states, picking up homes and leveling entire towns.

More than 100 people were unaccounted for in Kentucky, and 74 were confirmed dead, Gov. Andy Beshear said in an afternoon update before he surveyed storm damage in Muhlenberg County, where he himself lost relatives.

Twelve of the people who were killed were children.

“The age range has gotten even harder,” Beshear said, “some not even getting an opportunity to experience this life.”

The youngest victim was 2 months old and the oldest was 98, Beshear said.

He said eight of the dead in the county remain unidentified, adding, “I still expect that we will find more bodies — there is just so much destruction.”

Beshear recalled spending time as a boy at his grandfather’s home in Dawson Springs, where 17 people died.