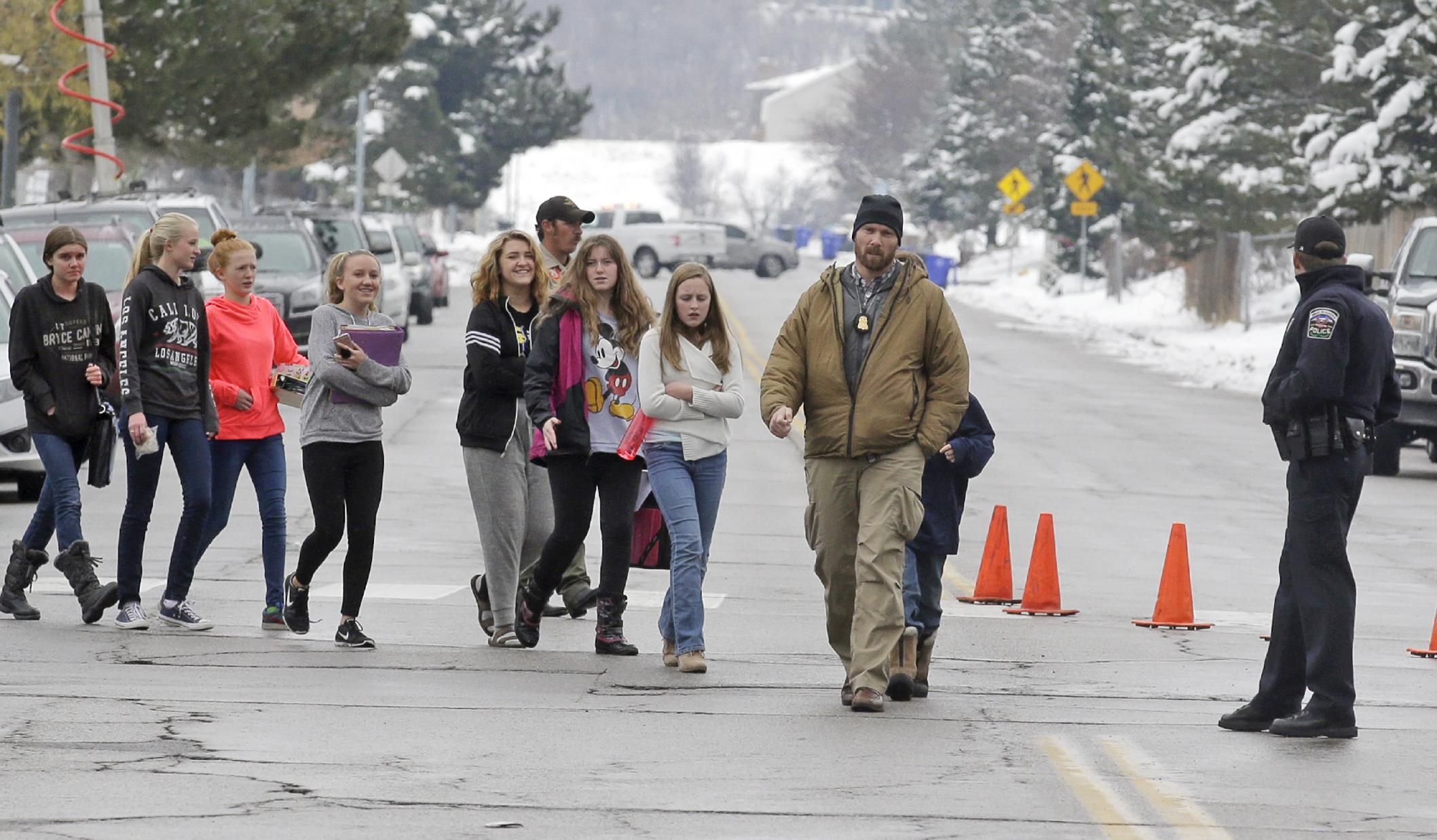 BOUNTIFUL, Utah (AP) — Police are applauding a mother and father who disarmed their 15-year-old son at a Utah junior high school, after they noticed him acting strangely in the morning and realized he had taken the family’s shotgun and handgun.

The parents arrived shortly after the boy entered a classroom in the northern Utah city of Bountiful and fired one round into the ceiling, injuring no one but leaving a hole the size of a small plate, Bountiful Police Chief Tom Ross said.

The boy also pointed the shotgun at his own neck, Ross said.

The boy didn’t say a word as a teacher and one of 26 students tried to talk him out of firing again, giving his parents a few extra second to arrive at the classroom and take him into the hallway, Ross said.