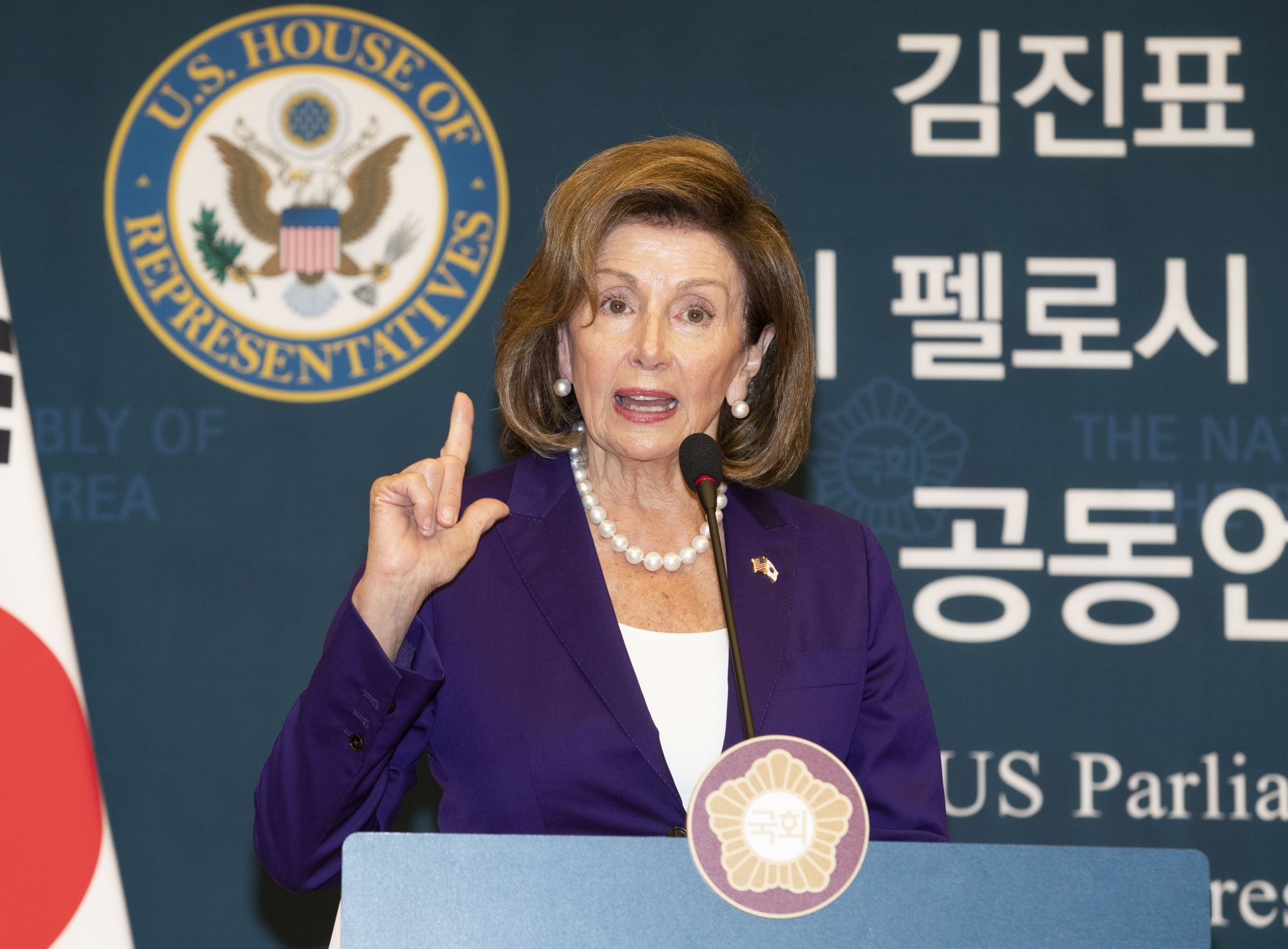 Pelosi traveled to South Korea after visiting Taiwan, which had prompted China to launch military exercises including missile strike training in waters near the self-governed island. China views Taiwan as part of its own territory to be annexed by force if necessary.

While in South Korea, Pelosi visited a border area with North Korea and discussed the North’s nuclear program with South Korean National Assembly Speaker Kim Jin Pyo. According to Kim, the two agreed to support their governments’ push for denuclearization and peace on the Korean Peninsula based on strong, extended deterrence against the North and diplomacy.