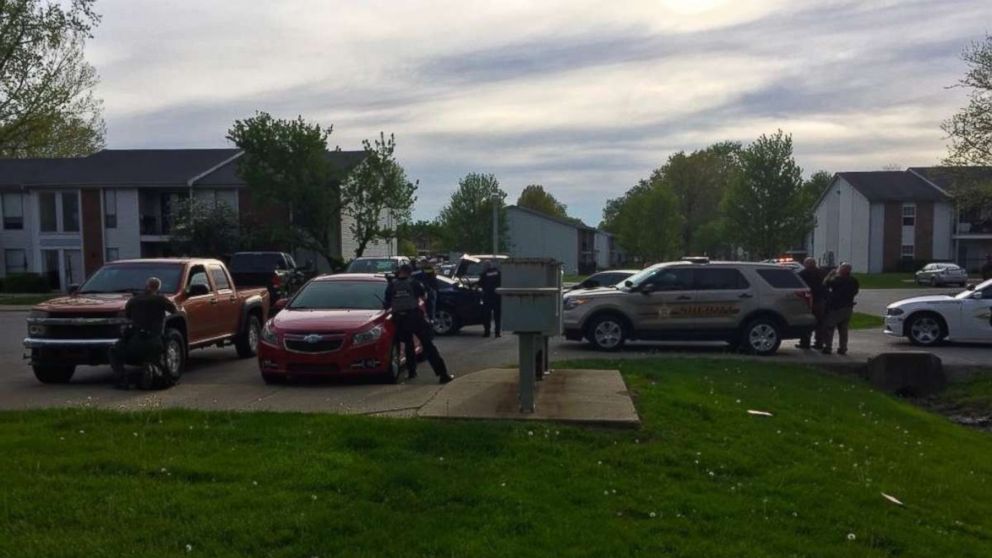 A police officer was shot and killed in a shootout with a homicide suspect in Indiana Friday evening. The suspect was also killed in the exchange, police said.

The shooting occurred just after 6:30 p.m. in Terre Haute, Indiana, as a group of officers was investigating a homicide at an apartment complex, authorities said.

“As the officers encountered the male suspect near the front door of the two-story building, the suspect fired upon the officers from an elevated position on the second floor,” Indiana State Police Sgt. Joe Watts said. “Terre Haute police officers exchanged gunfire with the suspect. The veteran officer was rushed to Terre Haute Regional Hospital where he succumbed to his wounds.”

A standoff with the suspect followed the shooting until a SWAT team entered the apartment building at about 9:15 p.m. and found the suspect dead in a second-floor hallway, police said.