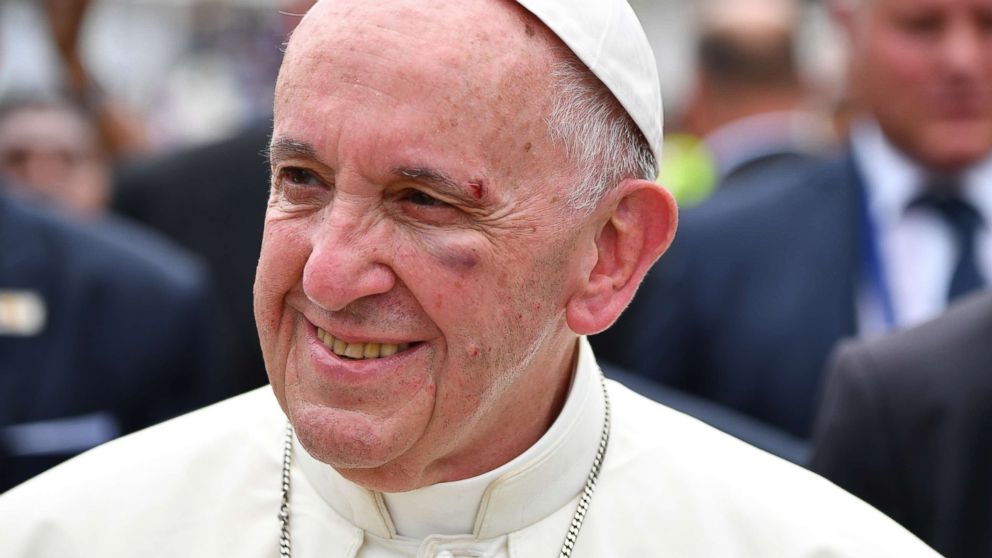 Pope Francis sustained minor injuries today after hitting his head against the vehicle in which he was traveling in Cartagena, Colombia.

A spokesman for the pope confirmed the injuries, which were captured on video, saying he has a wound on his cheekbone and eyebrow but is “fine.” He is receiving “ice treatment,” the spokesman added.

The incident occurred while Francis, 80, was traveling in the popemobile, a customized vehicle outfitted with bulletproof glass designed to protect the pope while he greets crowds. He appeared to be leaning outside a glass panel in front of him when the vehicle stopped and his face made contact with the barrier.

Pope Francis has been visiting Colombia since Wednesday, making stops in the cities of Bogota, Medellin and Cartagena.