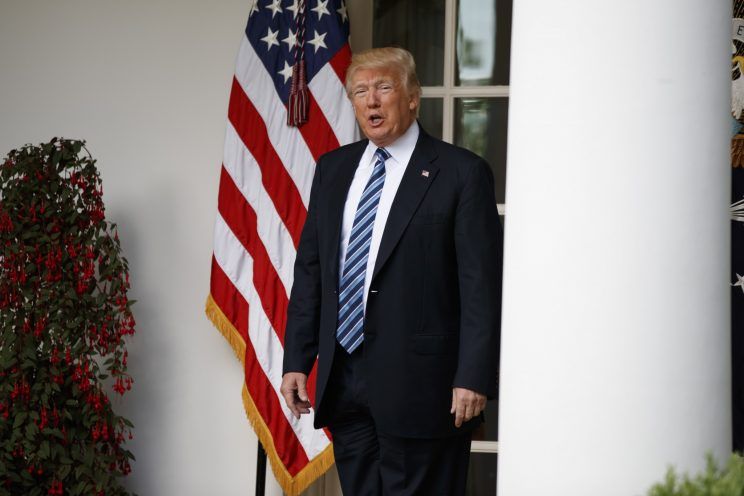 President Trump called for a government shutdown later this year to further the goals of the Republican Party.

On Tuesday morning, Trump said a shutdown is necessary for Republicans to negotiate with Democrats on a spending bill next September after the current spending bill runs its course.

He argued that the government closure would help to clean up the “mess” in Washington, D.C., either by prompting Senate Republicans to scrap the legislative filibuster’s 60-vote threshold — something many GOP lawmakers oppose — or by boosting the Republicans in the 2018 congressional elections.

“The reason for the plan negotiated between the Republicans and Democrats is that we need 60 votes in the Senate which are not there! We either elect more Republican Senators in 2018 or change the rules now to 51%. Our country needs a good “shutdown” in September to fix mess!” — Donald J. Trump (@realDonaldTrump) May 2, 2017

Trump’s comments came in the aftermath of a congressional deal on a continuing resolution to keep the government funded through September.

And Democrats secured a number of wins at Trump’s expense. The bipartisan, $1 trillion spending bill stipulates that none of the money can go toward constructing Trump’s promised U.S.-Mexico border wall. The legislators also rejected most of Trump’s proposed cuts to the nation’s nonmilitary spending.

Amid criticism from some conservatives over the deal, Trump argued that Republicans gave the concessions to Democrats because they didn’t have enough senatorial votes to go it alone. An alternative to scrapping the filibuster, Trump suggested, was for voters to elect more Republicans to the Senate in the 2018 midterms.