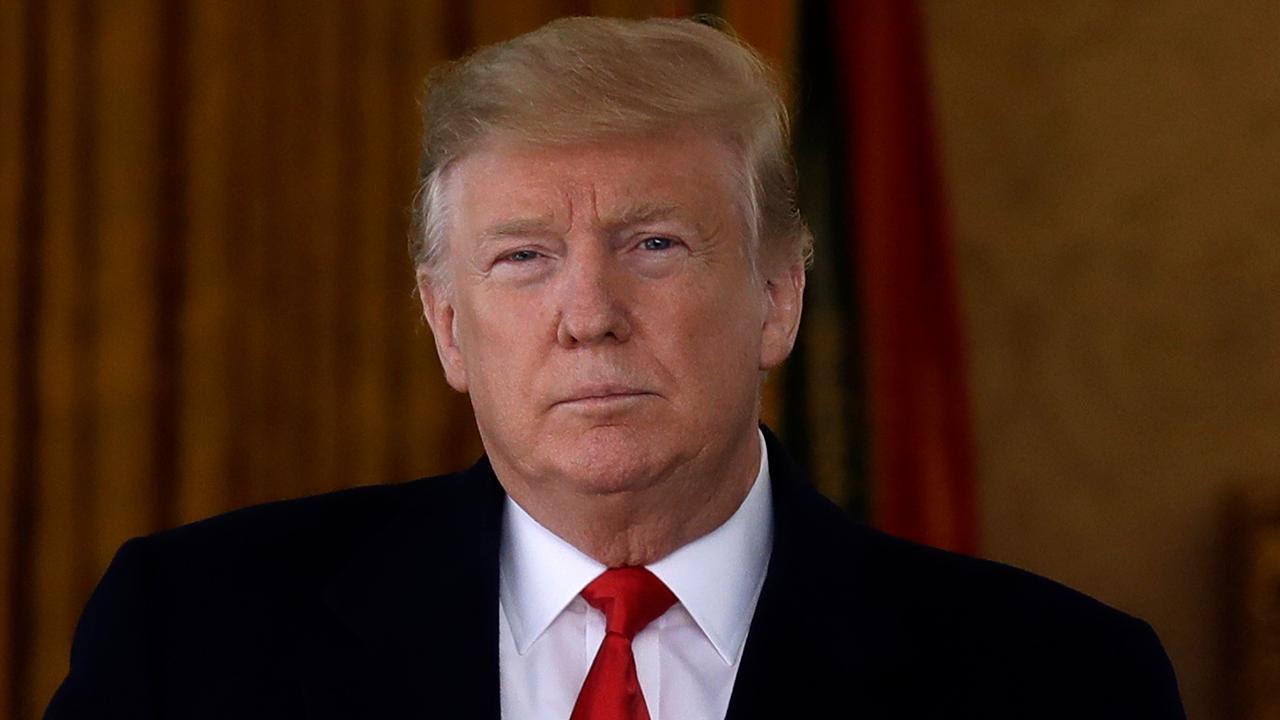 President Trump said Friday that he will support a short-term spending bill to re-open the government, temporarily ending the partial government shutdown that has dragged on for more than a month — despite a day earlier saying Republicans would not “cave” on his demands for funding for a wall on the southern border.

“I am very proud to announce we have reached a deal to end the shutdown and reopen the federal government,” he said to applause from gathered Cabinet members.

He said the deal would keep the government open for three weeks until Feb. 15 and that a bill would go before the Senate immediately. He made reference to his previous threats to declare a national emergency, calling it a “very powerful weapon,” but saying he didn’t want to use it. The deal appeared to include no money for a wall or steel barrier, but he said he hoped negotiations would continue to come to an agreement on wall funding.