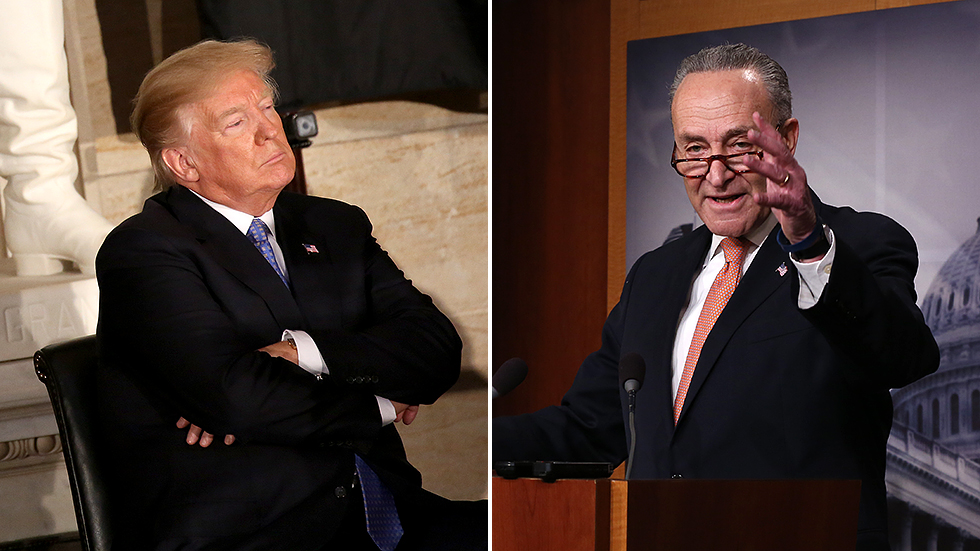 Republican and Democratic leaders on Capitol Hill lashed out at each other on Day One of the government shutdown Saturday, trading barbs and casting blame aThe rhetoric took a harsh turn, with Democrats complaining that President Trump is an erratic, unreliable negotiating partner and Republicans bemoaning Democrats’ intransigence over what the GOP sees as unreasonable immigration demands.

“Both sides are dug in. … I wouldn’t be surprised if we’re here tomorrow,” Rep. Bill Pascrell (D-N.J.) told The Hill after huddling with fellow House Democrats in the basement of the Capitol.

Both chambers are in session Saturday –– a rare weekend workday when many lawmakers were griping about risking vacation plans and overseas trips. But no votes are scheduled to reopen the government as the sides continue to air their grievances in press conferences and on cable news shows.

With neither Republicans nor Democrats willing to budge, congressional leaders let the insults fly on Capitol Hill and it increasingly looked like the shutdown would run into the work week, furloughing hundreds of thousands of workers.s a resolution to the funding impasse seemed nowhere in sight.