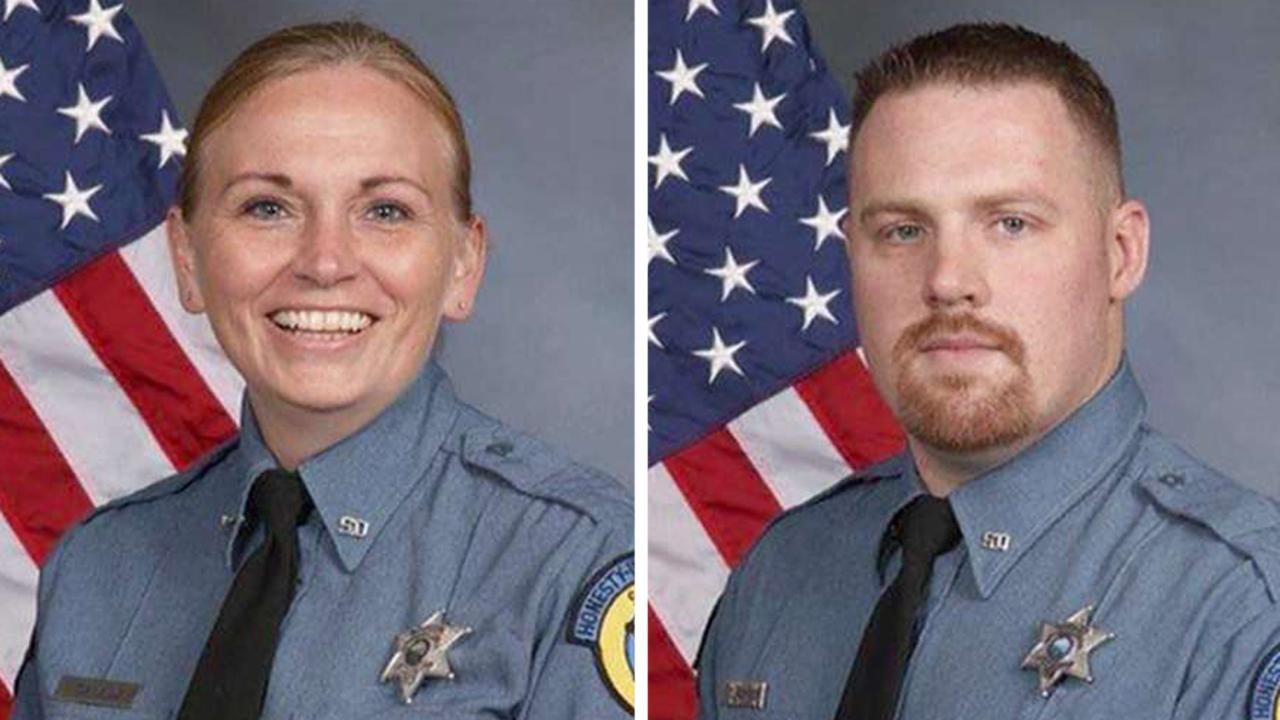 The two Kansas sheriff’s deputies who were fatally shot while transporting an inmate between jail and a court hearing both leave behind children.

King, 44, was a 13-year veteran of the Wyandotte County Sheriff’s Office while Rohrer, 35, was with the department for seven years.

Rohrer died on Friday while King died early Saturday from injuries suffered after an inmate overpowered the two deputies.

The incident occurred when the deputies were taking the inmate from the courthouse back to jail, Terry Zeigler, the chief of the Kansas City, Kansas, police department.

Bailiff said during a news conference on Friday that it was possible the deputies were shot with their own weapons.