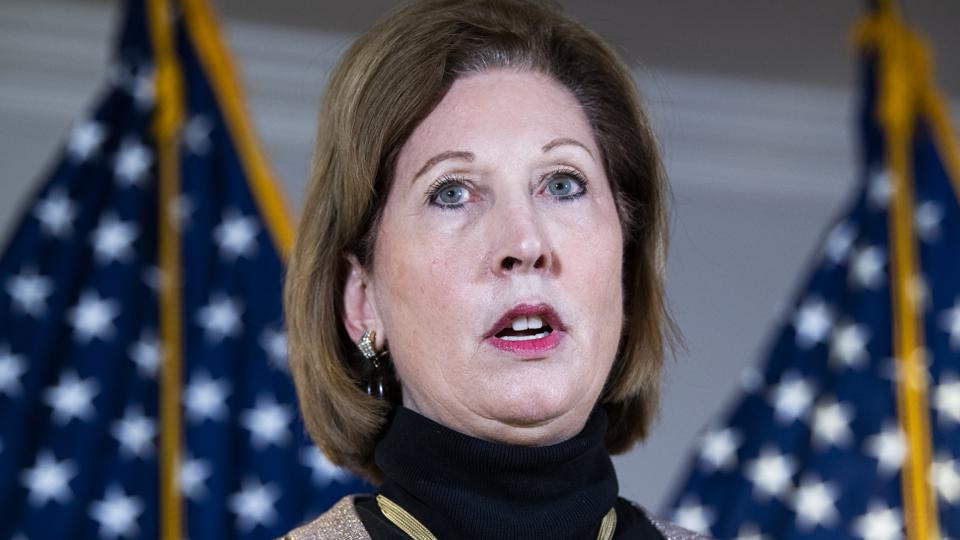 Powell claimed she was “blocked by the White House counsel and others from seeing or speaking to the president” after raising “evidence of foreign interference from Iran and China.”

A meeting with Powell, White House Counsel Pat Cipollone, chief of staff Mark Meadows, and others at the White House turned sour on Friday, with Cipollone relaying to Trump that Powell had “no constitutional authority for what was being discussed,” according to the New York Times.

Most of Trump’s advisers have reportedly said they oppose naming her special counsel and grown tired of her increasingly unhinged conspiracy theories.

Powell has been seen at White House three times in the past week.

During an interview with Newsmax on Monday, Trump’s attorney Rudy Giuliani distanced the president from Powell, maintaining she “does not speak” for the administration.

Last month, the Trump campaign cut ties with Powell, insisting she “is not a member of the Trump Legal Team,” even though the president had said previously that she was.

Powell and the White House did not immediately respond to Forbes’ request for comment.