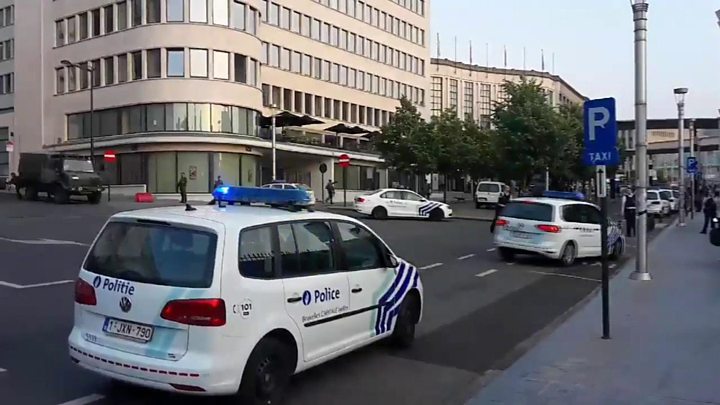 Belgian soldiers have shot a man suspected of being a would-be suicide bomber at Brussels Central Station, officials say.

He was shot after reportedly setting off a small explosion and no-one else is believed to have been injured.

Prosecutors say they are treating the incident as a terrorist attack.

In March 2016, 32 people were killed and at least 300 injured in attacks on Brussels claimed by the Islamic State (IS) group.

According to Belgian newspaper La Libre, quoting prosecutors, the man who was shot was wearing a rucksack and a bomb belt.

He detonated a device when he attracted the attention of soldiers in the station, the paper says.

Several Belgian media outlets quote witnesses as saying the man shouted “Allahu Akbar” (“God is great” in Arabic) before setting off the explosion.

The condition of the injured suspect was not immediately known.