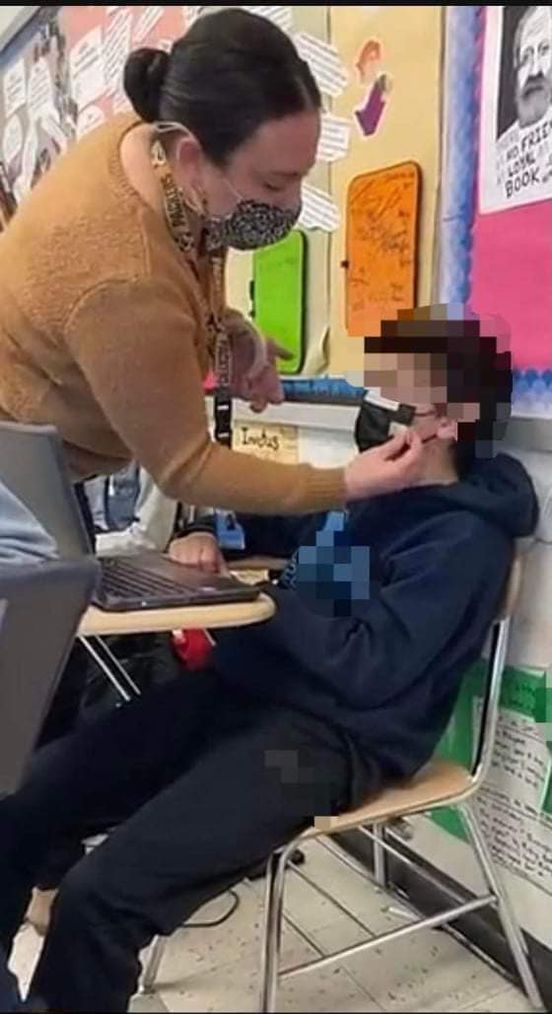 A Pennsylvania middle school teacher has sparked outrage after she was photographed taping a mask onto a student’s face, prompting the North Penn School District to slam her actions as “inappropriate and unacceptable.”

The photograph was posted Monday on a Facebook page for “North Penn Stronger Together,” the name for a slate of Republican candidates who lost election to the school board in November, according to The Philadelphia Inquirer.

The image showed a woman, described by the group as a Pennfield Middle School teacher, putting tape on the top and side of a student’s mask in the classroom.

However, the circumstances leading up to those actions and following are not known.

“Pro-mask or anti-mask, I hope we can all agree that taping masks to children’s faces crosses the LINE. This was not a joke for the child or the parents,” the group said in a Facebook post.