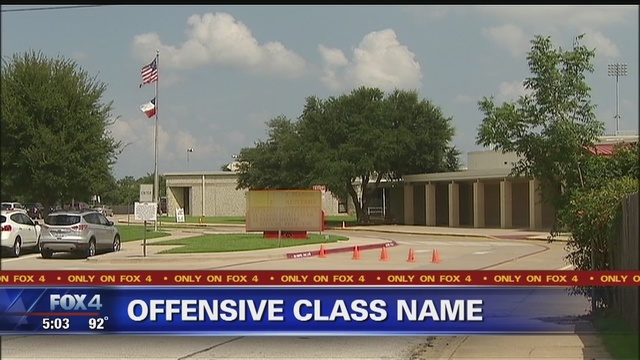 BEDFORD, Texas – The Hurst-Euless-Bedford school district is apologizing for a teacher who picked an offensive nickname for her class.

A parent who didn’t want his face shown on camera shared a picture with FOX 4 that shows the name “Jighaboos” on a laminated classroom sign at Bell Manor Elementary in Bedford.

According to his son, it’s the mascot name his sixth grade teacher assigned to the class. He said other classes got different names.

“You put Dream Team and then you have the Jighaboos. Really? Really with that? That’s, that’s unacceptable,” he said.