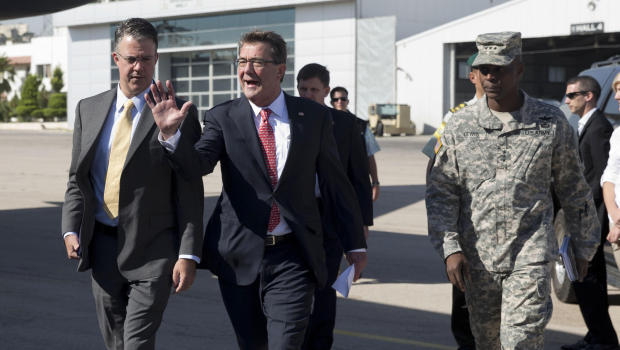 WASHINGTON — A Pentagon investigation has concluded that Defense Secretary Ash Carter’s former senior military aide used his government credit card at strip clubs or gentlemen’s clubs in Rome and Seoul, drank in excess and had “improper interactions” with women, according to an investigative report released by the Defense Department Thursday morning.

The report by the Defense Department’s inspector general said Maj. Gen. Ron Lewis improperly used his credit card, lied to a bank to get charges removed and, more broadly, said he was guilty of conduct unbecoming an officer, according to people familiar with the report. They spoke on condition of anonymity because they weren’t authorized to discuss the report before its release.

Lewis, who was fired nearly a year ago by Carter, submitted a written rebuttal slamming the investigation. Lewis asserted that the inspector general had amassed an inaccurate and inflammatory case based on innuendo and had failed to “find the truth.”

Defense Secretary Ashton Carter says the U.S. and its coalition partners are making progress in their fight against ISIS, and that U.S. forces ha…