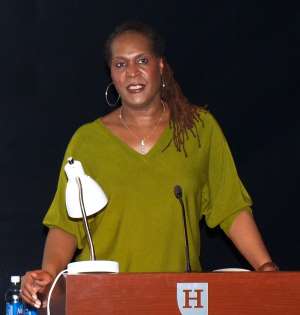 Andrea Jenkins became the first openly transgender woman of color to be elected to public office in the country after she won the Ward 8 seat of the Minneapolis City Council on Tuesday night.

Jenkins is also the first transgender person to be elected to any municipal office, and was the second transgender woman to win an election on Tuesday after Democrat Danica Roem, 32, won a seat in the Virginia House of Delegates, defeating Republican incumbent Robert Marshall in the 13th District.

In her acceptance speech, Jenkins, a Democrat, said, “As an African American trans-identified woman, I know firsthand the feeling of being marginalized, left out, thrown under the bus. Those days are over. We don’t just want a seat at the table, we want to set the table,” according to Fox 9 news.

Jenkins defeated three other candidates for the seat. Jenkins is accomplished in many fields — she is a poet, a prose writer and a performance artist. Her campaign platform, the Advocate reported, included “affordable housing, raising the minimum wage, addressing youth violence as a matter of public health and supporting minority artists.”