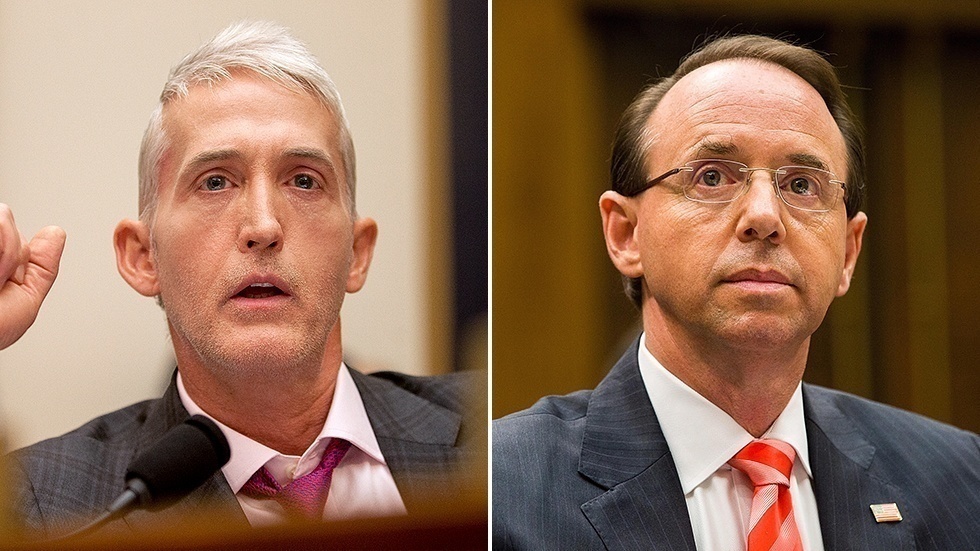 Rep. Trey Gowdy (R-S.C.) on Sunday ruled out the possibility of impeaching Deputy Attorney General Rod Rosenstein, saying there is not enough support for his ouster.

“I’m not convinced there is a movement,” Gowdy said on CBS’s “Face the Nation,” citing Politico’s recent report that a group of GOP lawmakers are preparing to impeach Rosenstein.