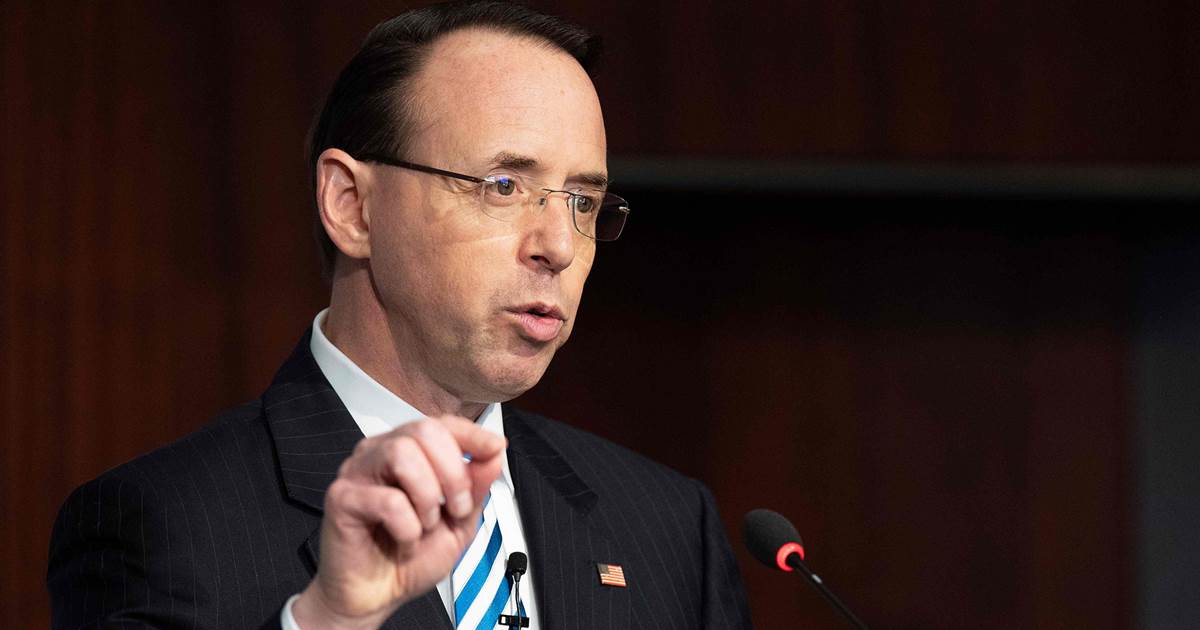 WASHINGTON — Deputy Attorney General Rod Rosenstein on Monday appeared to be trying to dampen expectations about what the public might see of special counsel Robert Mueller’s widely-expected report, noting that federal prosecutors typically don’t describe conduct that falls outside the scope of criminal charges.

“The guidance I always gave my prosecutors and the agents that I worked with during my tenure on the front lines of law enforcement was: If we aren’t prepared to prove our case beyond a reasonable doubt in court, then we have no business making allegations against American citizens,” Rosenstein said during a question and answer session at a Washington think tank, the Center for Strategic and International Studies.

Rosenstein would not answer specific questions about the special counsel investigation into Russian interference in the U.S. elections. But his comments came amid a growing expectation that Mueller will deliver a confidential report to the attorney general within the next few weeks — a report that may describe his decisions not to prosecute people he had been investigating.