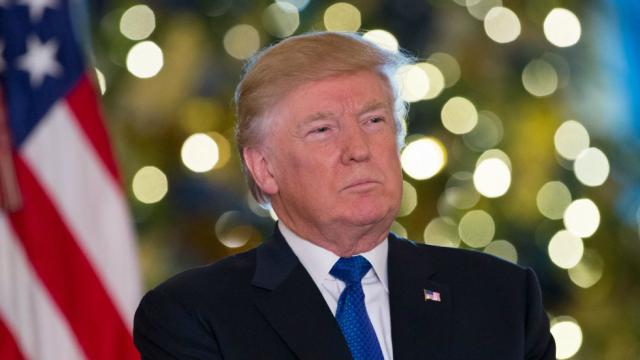 “People are proud to be saying Merry Christmas again,” Trump tweeted. “I am proud to have led the charge against the assault of our cherished and beautiful phrase. MERRY CHRISTMAS!!!!!”

Trump has bemoaned the use of more generic messages like “Happy Holidays” in the past, promising on the 2016 campaign trail that Americans would be “saying Merry Christmas again.”

“Today is a day that I’ve been looking very much forward to all year long,” the president said as he spoke at the 95th annual National Christmas Tree lighting ceremony last month. “It’s one that we’ve heard and we speak about and we dream about and now, as the president of the United States, it’s my tremendous honor to now wish America and the world a very Merry Christmas.”

Trump’s predecessor, President Barack Obama, used the term “Merry Christmas” every year while he was in office.