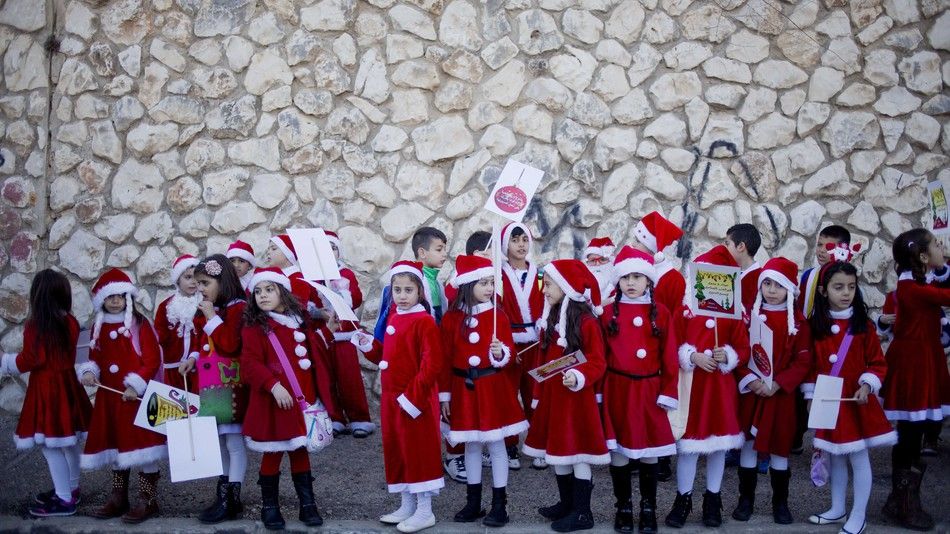 Nazareth – the hometown of Jesus – has cancelled Christmas.

All Christmas festivities have been halted because of Donald Trump’s controversial decision to recognise Jerusalem as the Israeli capital.

The decision has proved hugely unpopular across many parts of the world, and especially in the Middle East among Muslims.

Nazareth is the largest Arab city in modern-day Israel. Some 70 per cent of the population is Muslim and around 30 per cent are Christians, reflecting the importance of Nazareth to followers of that faith.

The New Testament declares Nazareth as the hometown of Jesus.

‘We have decided to cancel the traditional Christmas singing and dancing because we are in a time of dispute, because of what Trump has said about Jerusalem,’ Nazareth city spokesman Salem Sharara said.

He added: ‘Our identity and faith aren’t up for debate.’

‘The decision [by Trump] has taken away the joy of the holiday, and we will thus cancel the festivities this year.’