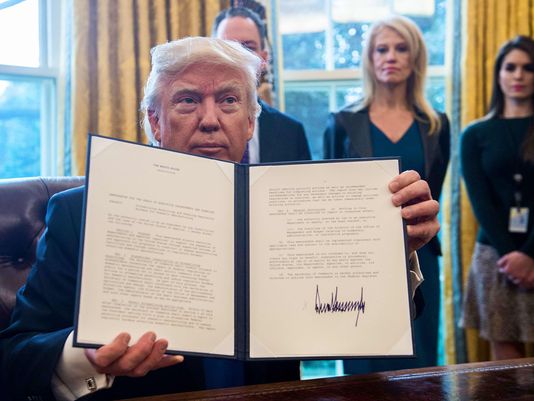 “This is about streamlining the incredibly cumbersome, long, horrible, permitting process,” Trump said in an Oval Office signing ceremony that has already become a trademark of his short presidency.

In reversing the Obama administration policy to disapprove the Keystone pipeline, Trump emphasized that the construction isn’t a done deal. “It’s something that subject to a renegotiation of terms by us,” he said. “We’ll see if we can get the pipeline built. A lot of jobs, 28,000 jobs.”