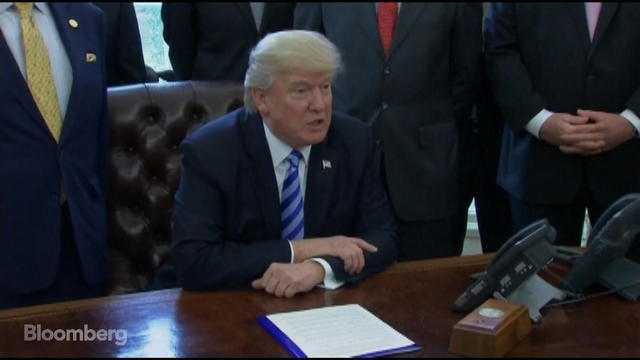 President Donald Trump vowed to win a “better deal” for Americans before approving the Keystone XL and the Dakota Access oil pipelines, promising to extract concessions and force the builders to use U.S. steel.

Now his administration has authorized both projects — with those conditions mostly unmet. The outcomes illustrate the limits of the president’s power and poke holes in the carefully crafted image of Trump as a dealmaker so good at twisting arms that he wrote a book about his negotiating prowess.

“Donald Trump’s promises on these pipelines are like the pipelines themselves: hollow,” said Senator Ed Markey, a Democrat from Massachusetts. “The only promises being kept with approval of these pipelines will be the ones made to Big Oil who want to export this dirty oil to thirsty foreign markets at the expense of our environment and our economy.”

TransCanada Corp. says it has agreed to increase the amount of U.S. steel in the pipeline, after diverting some of the foreign-made stock it planned to use to other projects. And White House press secretary Sean Spicer called it “an even better deal for the American people than before he took office.”

“TransCanada will finally be allowed to complete this long overdue project with efficiency and with speed,” Trump said in the Oval Office on Friday. He cast the announcement as part of a “new era” of energy policy that will lower costs for families, reduce U.S. dependence on foreign oil and create thousands of jobs.