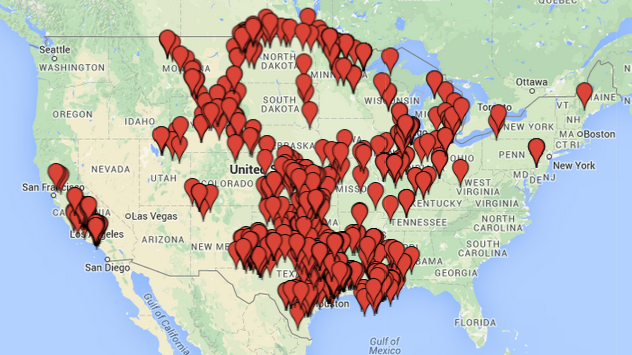 On June 14, a natural gas pipeline ruptured and burst into flames near Cuero, Texas, releasing an estimated 165,000 pounds of toxic volatile organic compounds into the air. Nearby residents evacuated their homes, but no one was injured. Still, the accident serves as another reminder of the dangers of transporting natural gas and other hazardous materials.

Since 2010, over 3,300 incidents of crude oil and liquefied natural gas leaks or ruptures have occurred on U.S. pipelines. These incidents have killed 80 people, injured 389 more, and cost $2.8 billion in damages. They also released toxic, polluting chemicals in local soil, waterways, and air.

According to the Pipeline and Hazardous Materials Safety Administration, these spills and ruptures released over 7 million gallons of crude. Individual leaks ranged from a few gallons to hundreds of thousands of gallons. One of the largest spills happened in North Dakota in 2013 when lightning struck a pipeline, which leaked over 840,000 gallons of crude onto a wheat field.

Much of this crude originates in the oil fields of Texas and North Dakota. But accidents frequently occur with pipelines that just transport crude through states to refineries. Thus, states not directly involved in the oil fracking boom still face substantial risks to public safety and the environment from crude transport.