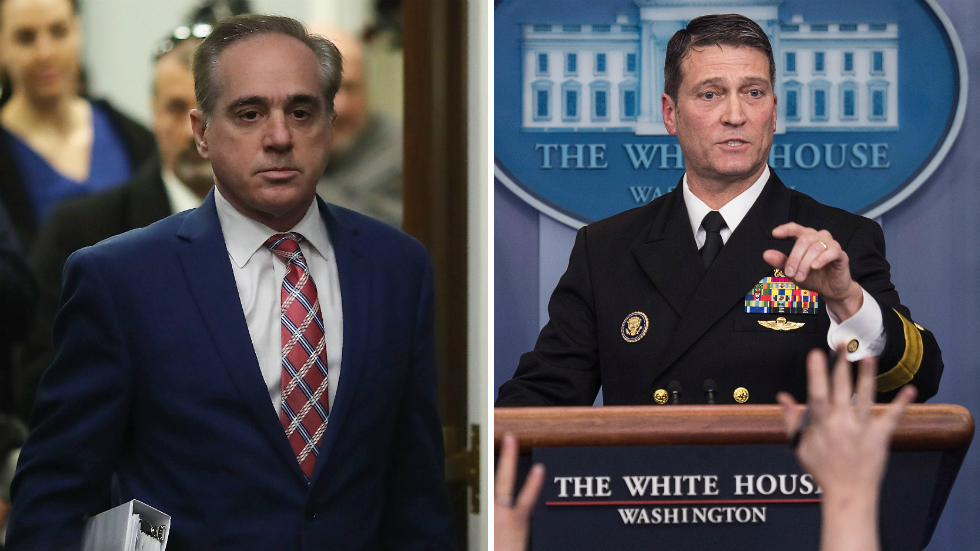 Trump announced on Twitter on Wednesday that he would be nominating his personal White House physician to the top VA spot:

I am pleased to announce that I intend to nominate highly respected Admiral Ronny L. Jackson, MD, as the new Secretary of Veterans Affairs….

….In the interim, Hon. Robert Wilkie of DOD will serve as Acting Secretary. I am thankful for Dr. David Shulkin’s service to our country and to our GREAT VETERANS!

Shulkin, the only holdover in Trump’s Cabinet from former President Obama’s administration, had been in the hot seat for months, though the White House as recently as Monday said Trump retained confidence in the secretary. The statement of confidence came in response to reports that Trump was telling associates that Shulkin was on the way out.

The VA secretary initially appeared to be the least controversial of Trump’s Cabinet members. Shulkin was confirmed unanimously and appeared frequently in the White House briefing room during Trump’s first year to tout accomplishments.

Trump said in June that he’ll “never have to use” his reality show catchphrase, “You’re fired,” on Shulkin.