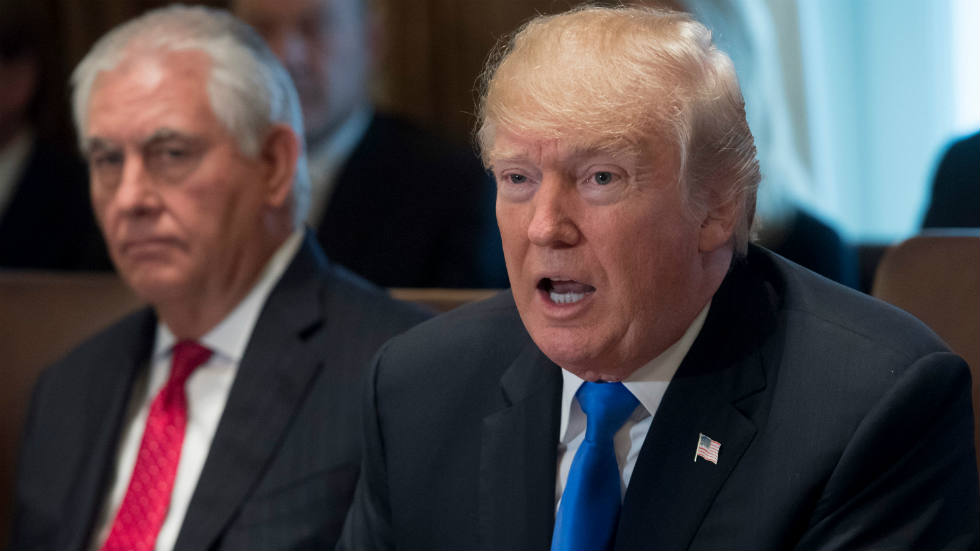 Tillerson praised State Department officials and Defense Department staff for their work during his tenure, while also thanking members of the military and the American people.

But Tillerson did not mention Trump by name, only referring once to the president.

“I received a call today from the president of the United States a little after noontime from Air Force One, and I’ve also spoken to White House chief of staff [John] Kelly to ensure we have clarity about the days ahead,” Tillerson said. “What is most important is to ensure an orderly and smooth transition during a time that the country continues to face significant policy and national security challenges.”

Tillerson also took a parting shot at Russia, saying “much work remains to respond to the troubling behavior and actions on the part of the Russian government.”

“Russia must assess carefully as to how its actions are in the best interests of the Russian people and of the world more broadly,” he added. “Continuing on their current trajectory is likely to lead to greater isolation on their part, a situation which is not in anyone’s interest.”