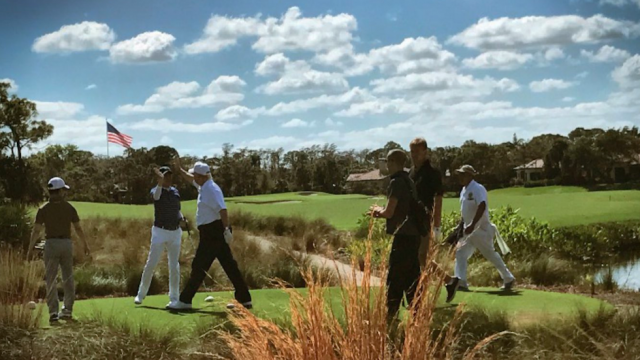 The motorcade drove past several protesters holding signs outside the entrance to the course, including one that read “Impeach Trump,” according to pool reports.

It is also the president’s 10th consecutive weekend traveling to a Trump-owned property, the reporter said.

President Trump is now at Trump International Golf Club in FL, per pool. It is his 15th golf course trip since taking office 11 weeks ago.

Trump often criticized former President Obama for golfing on weekends and taking vacations during his tenure.