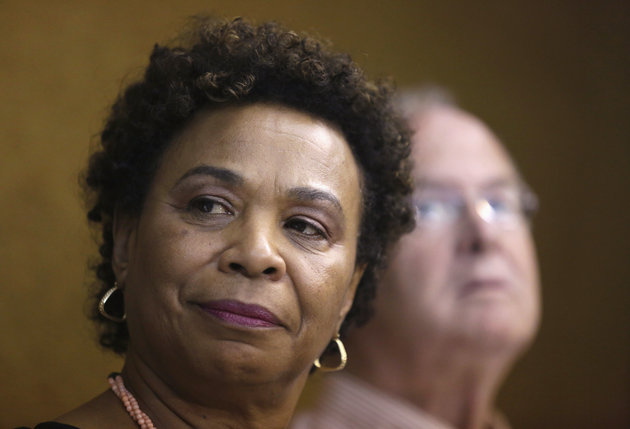 WASHINGTON ― Dozens of Democratic members of Congress are planning to boycott President-elect Donald Trump’s inauguration on Jan. 20, saying they can’t bring themselves to welcome a man to the White House who ran such a divisive and prejudiced campaign ― and insulted their colleague, Rep. John Lewis (D-Ga.).

“I will not be celebrating or honoring an incoming president who rode racism, sexism, xenophobia and bigotry to the White House,” Rep. Barbara Lee (D-Calif.) said Thursday.

“He called women ‘pigs,’ stoked Islamophobia and attacked a Gold Star family. He mocked a disabled reporter and appealed to people’s worst instincts. I cannot in good conscience attend an inauguration that would celebrate this divisive approach to governance,” Lee said. “On Inauguration Day, I will not be celebrating. I will be organizing and preparing for resistance.”

Similarly, Rep. Luis Gutierrez (D-Ill.) is skipping the ceremony and planning to take part in a massive protest against Trump the next day, the Women’s March on Washington. He said it’s not about being a sore loser because a Republican won the presidency. It’s more personal.