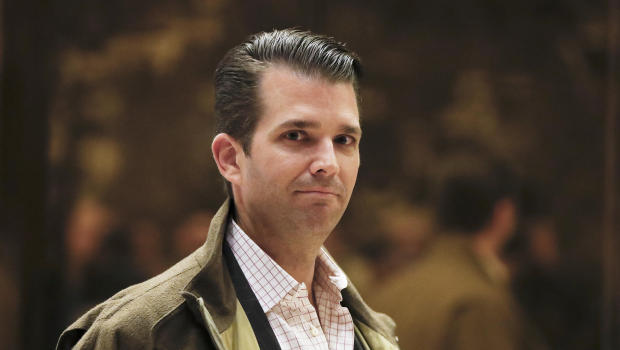 WASHINGTON — Donald Trump Jr. refused to tell lawmakers about conversations he had with his father regarding a 2016 Trump Tower meeting with a Russian lawyer after emails detailing the meeting had become public, according to the top Democrat on the House intelligence committee.

Speaking to the committee behind closed doors on Wednesday as part of its investigation into Russian meddling in the 2016 election, Trump Jr. said he didn’t tell the president about the meeting between Trump campaign officials and Russians when it happened and he declined to elaborate on what he ultimately told him after the meeting became public.

California Rep. Adam Schiff said that Trump Jr. said he couldn’t speak about the conversations with his father this summer because of attorney-client privilege, telling the committee a lawyer was present when he spoke to his father about the June 2016 meeting and the emails that led up to it.

Schiff said that wasn’t a valid excuse not to talk, saying “the presence of counsel does not mean communications between father and son are privileged.”

The Trump Tower meeting is a matter of keen interest to special counsel Robert Mueller, who is also investigating the meddling and whether there was any obstruction of justice. Trump Jr. and Jared Kushner, Trump’s son-in-law, attended the meeting with several Russian operatives under the impression that they might receive damaging information about the Democratic presidential candidate, Hillary Clinton.