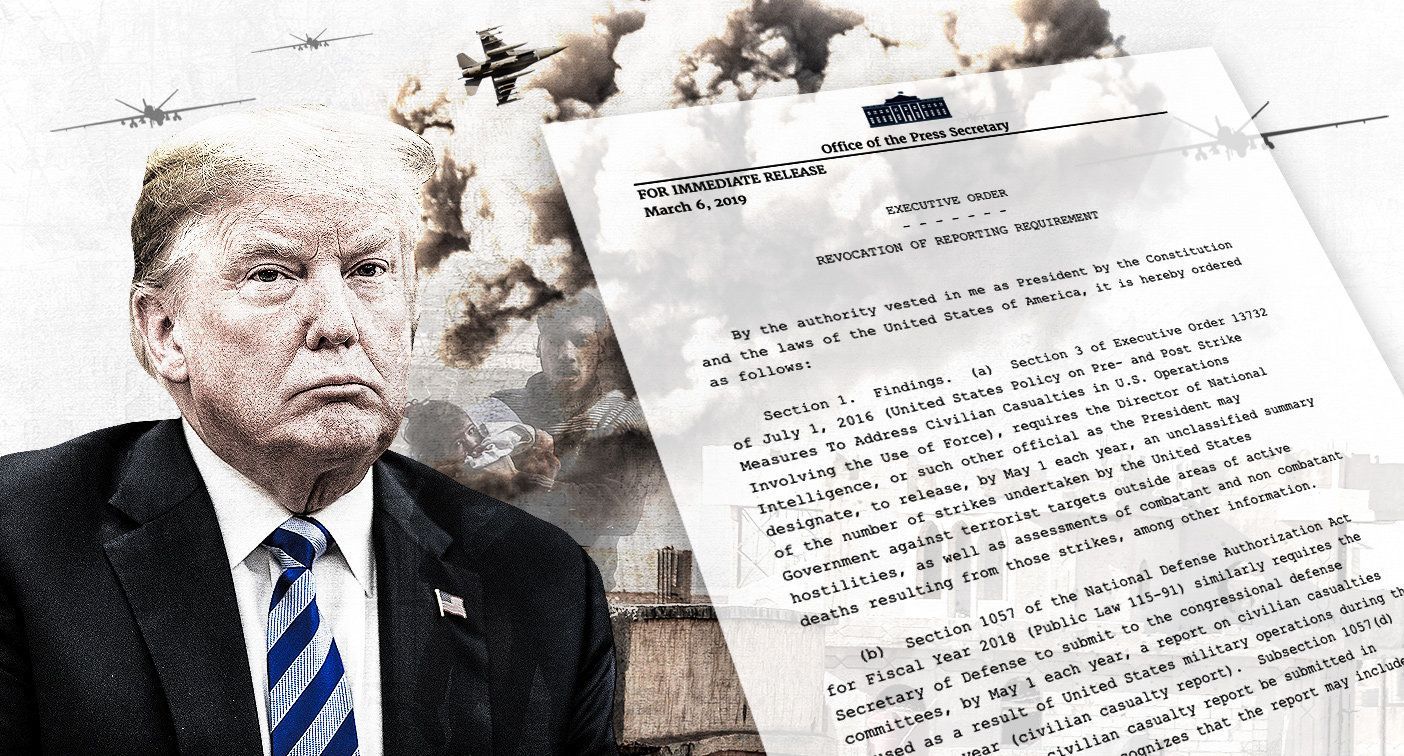 President Trump on Wednesday issued an executive order revoking an Obama-era requirement to publicly report the number of U.S. drone strikes outside of war zones and the number of civilians killed by them.

The new policy does not cover Syria, Iraq and Afghanistan, areas of conflict where the United States has troops currently deployed. It only applies to drone strikes carried out by intelligence operatives — i.e., the CIA. The military reports casualties separately in the theaters where it operates.

Trump’s order effectively canceled a policy, signed by President Barack Obama in July 2016, requiring U.S. officials to release “an unclassified summary of the number of strikes undertaken by the United States government outside areas of active hostilities,” as well as a related civilian casualty report by May 1 each year.