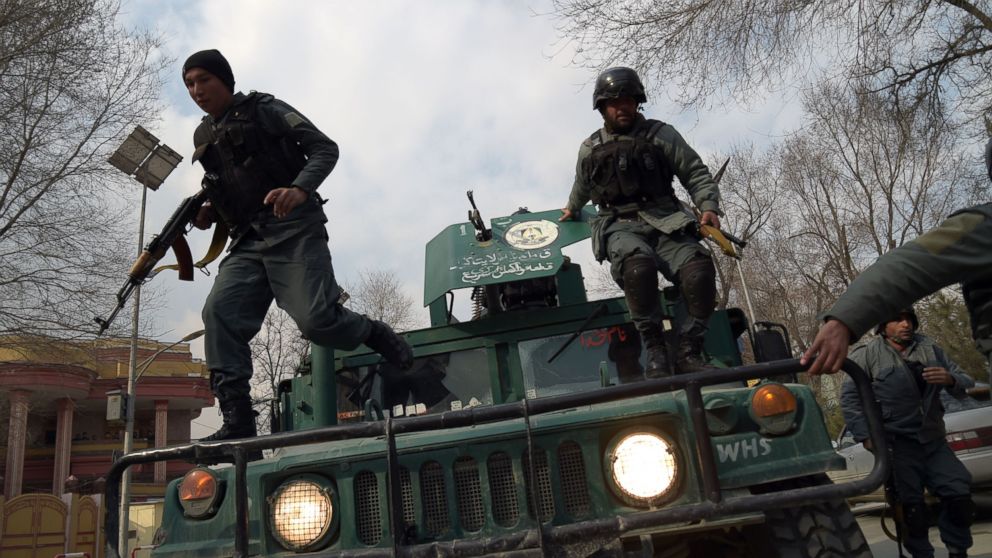 A key American ally in the fight against terrorism, Afghanistan, was rocked by another flagrant deadly attack Wednesday, but this time with ISIS claiming responsibility. Gunmen dressed as doctors infiltrated and attacked a military hospital in the country’s capital, killing at least 49 people and wounding dozens more.

The U.S. withdrawal was halted last year, but after 15½ years of war, with 2,377 American troops killed and hundreds of billions of dollars spent, there are increasing concerns that the security situation in Afghanistan may be worsening and growing questions about what President Donald Trump’s administration plans to do about it.

The White House announced Thursday that it is reviewing U.S. policy. But what are the administration’s options, and will it mean more Americans troops heading to the battlefield?

Right now the U.S. has 8,450 troops on the ground who are focused on training Afghan security forces to take on the Taliban. About 2,000 of them belong to a counterterrorism mission targeting al Qaeda and ISIS fighters. Battling multiple enemies has stretched Afghan troops who have endured heavy casualties as they take the lead in the fights.

Last summer, President Obama approved broader authority for American forces that permits them to support offensive operations by the Afghans, including by accompanying Afghan troops on missions and by conducting airstrikes.