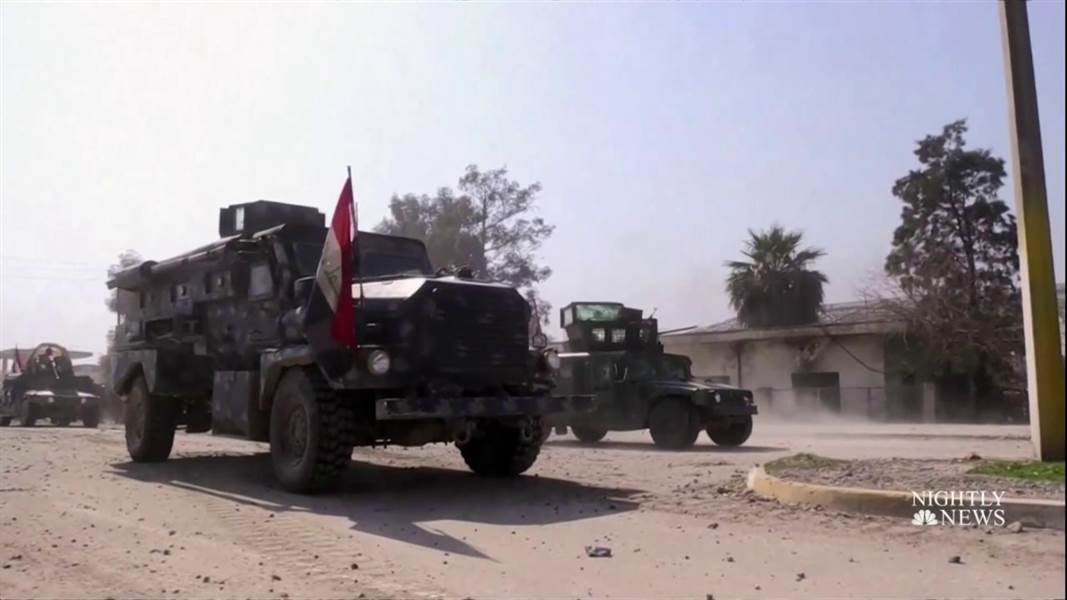 Donald Trump promised during the campaign to implement a “secret plan” to defeat ISIS, including a pledge to “bomb the hell out of” the terror group in Iraq and Syria.

Now, the Pentagon has given him a secret plan, but it turns out to be a little more than an “intensification” of the same slow and steady approach that Trump derided under the Obama administration, two senior officials who have reviewed the document told NBC News.

The plan calls for continued bombing; beefing up support and assistance to local forces to retake its Iraqi stronghold Mosul and ultimately the ISIS capital of Raqqa in Syria; drying up ISIS’s sources of income; and stabilizing the areas retaken from ISIS, the officials say.

Two prominent military strategists told NBC News they fear the plan is insufficient, and won’t fulfill Trump’s pledges to “totally obliterate ISIS” and do it quickly.

“The current plan to defeat the Islamic State is just like that old saying: Plan B is just, ‘Try harder at Plan A,'” said retired Admiral James Stavridis, an NBC News analyst. “We have not come up with new ways of approaching this. I would say the president might want to send that report back to his team to take another hard look.”